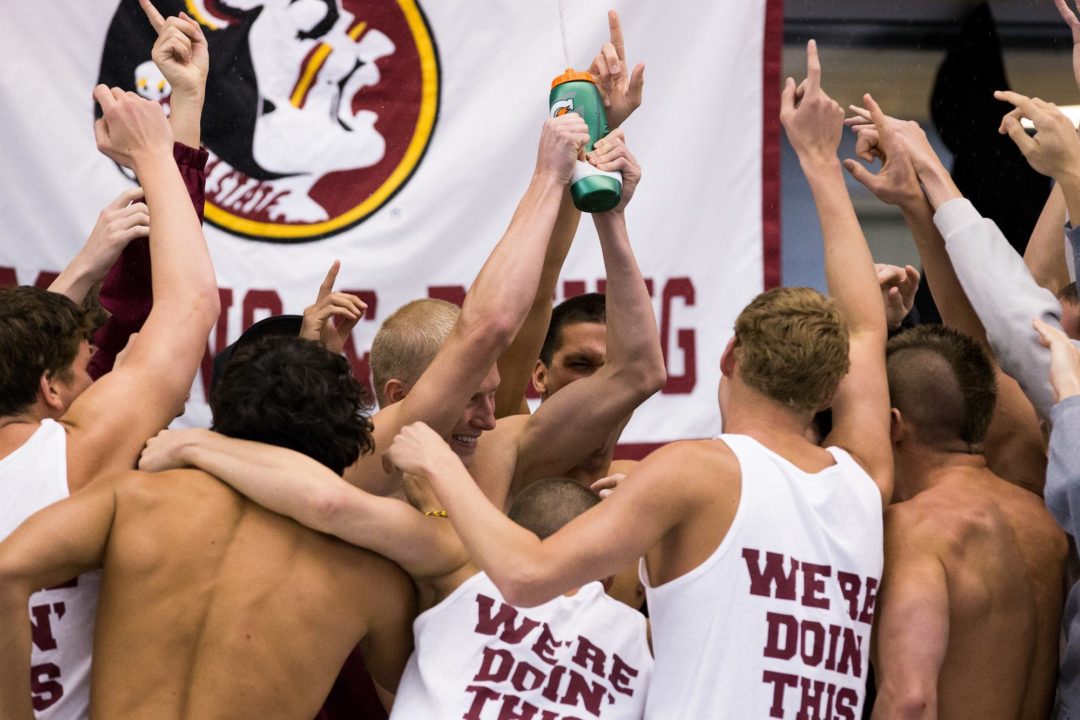 Marc Rojas was the 1650 free national champion last year, but this summer may have turned a corner in the breaststrokes. Stock photo via Tim Binning/TheSwimPictures.com

This summer, though he had a bit of a breakthrough in the long course breaststroke. At a Zone Championship meet in Florida, he was a 1:03.7 in meters, which far outweighed the 57.2 that he’s been in yards. That long course drop was five seconds faster than he was in the same event as a senior, so hopefully he’ll get a chance to swim it in yards at NJCAA’s as a sophomore and we can get a taste of what’s going on there.

Rojas is expected to have two years of eligibility left when he arrives in the fall of 2014, and he did his club swimming with the South Florida Aquatic Club.