Josh Young To Join NextGen Program In Victoria This Fall 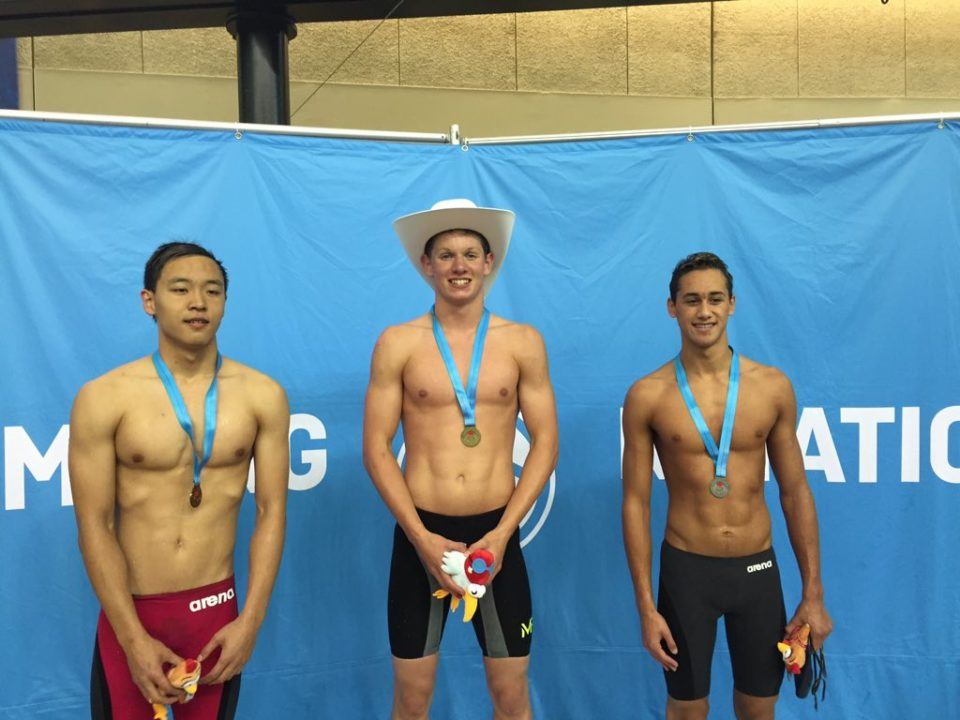 He's currently competing at the 2016 Canadian Age Group Championships. Thus far he's finished with one individual gold medal, claiming victory in the 50m breaststroke with a time of 29.27. Young has several events to go this week. Current photo via Mandi Smith

Red Deer Catalina Swim Club’s Josh Young will be moving to the Canadian Sport Institute Pacific Swimming NextGen program in Victoria this upcoming fall to continue his training under the supervision of coach Brad Dingey.

The program is designed for athletes selected to attend the program who fall within Swimming Canada’s “On-Track” age-range for at least two events.

Young will be training within the High Performance Centre-Victoria where he’ll receive oversight from head coach Ryan Mallette. Mallette is one of Canada’s Olympic coaches for the 2016 Olympic Games.

On the age-group level he’s been phenomenal. He made five individual finals at this year’s Ontario Junior International where he recorded two fourth place finishes in the 50 and 200m breaststrokes respectively.

He’s currently competing at the 2016 Canadian Age Group Championships. Thus far he’s finished with one individual gold medal, claiming victory in the 50m breaststroke with a time of 29.27. Young has several events to go this week.

Young will join the NextGen program in Victoria at the start of next season.