How to Have Your Own Joseph Schooling Moment 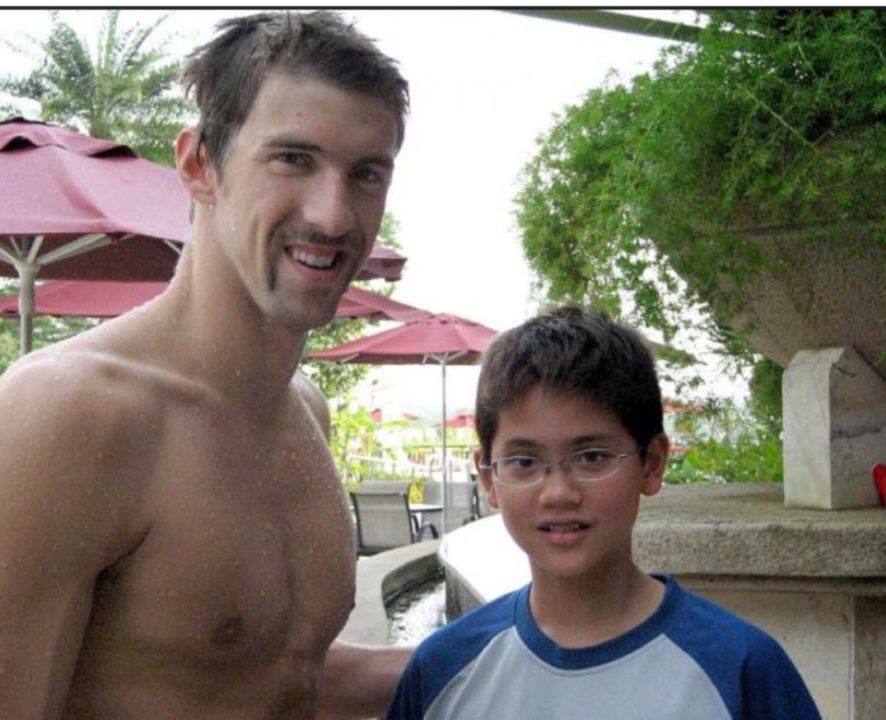 The story is too good for the movies. A 13 year old boy has a picture taken with his idol, the undeniable greatest of all time. That boy grows up, works and races and moves up the ranks. Then, in the final (individual) race of the GOAT’s career, the boy wins. The torch passes.

The perfection of the story and the image attached to it, combined with the Olympics, has launched it into the stratosphere. People who couldn’t be farther from “swimming” people are sharing it. But to me the more interesting question is, how do you make such a perfect story? How does Schooling change where whoever’s next will come from?

It takes a village- Michael Phelps has had one coach for his entire swimming career. Joseph Schooling has had two of the top ten swimming coaches in the world. My bet is that there were a lot of people involved in preparing Phelps and even more in preparing Schooling. The future of swimming will mean more and more great people coming together to create great results.

It’s not where you are- Geography will matter less and less. Michael Phelps came from the most dominant swimming country in the world. Joseph Schooling came from somewhere that had never won a swimming medal. Many parallels have been drawn to Anthony Nesty’s 100 butterfly victory for Suriname.

The technology did not exist for Suriname to carry that success forward. Yes, Sergio Lopez has left Singapore, but in the near future a coach like Sergio may not have to choose between the best place for his family to live and where he provides his services. Virtual reality is coming and virtual coaching will follow.

Specialization is coming- One day we will look back at a whole era of swimming where it was possible to win a lot of medals in one Olympics. One less discussed aspect of Schooling’s victory was that Phelps swam considerably slower than his personal best.

The reason is simple: Phelps won eight gold medals in 2008 in part because he could swim so easy in prelims and semi-finals. Now older and with more competition than ever, even the greatest was worn down trying to swim a “big” schedule at the Olympics.

This competitiveness will only grow. Swimmers will specialize (Schooling only swam one other race) and look for their best opportunity to get one medal. Going back to the first point, more coaches will specialize in specific events and even parts of events and contribute to that specialization.

Chris DeSantis is a personal swimming consultant and coach. Like him on facebook and email him ([email protected]) to book a consultation.

How about we not continue to give non-us citizens athletic scholarships and see if the result is the same?? http://chn.ge/2cdPPCi

X congratulations Joseph Schooling & Michael Phelps!!! I only have to say that once. ???? Lol.

Geography – where you are from – does makes a difference. Where you ARE makes more of a difference. I’d say JS is less a product of Singapore than he is of the US. He has spent the last 6 years during the most important phase of his life training-wise living and training in the US (Bolles – Texas), competing as a Singapore athlete in name only. Where would he be if he stayed in Singapore? Now that is an interesting speculation.

How about: Swim for Eddie Reese and just leave it at that?

If “it takes a village” it hardly seems fair to use Joseph Schooling as an example that geography doesn’t matter and claim he came from somewhere that never won a swimming medal. Joseph Schooling the swimmer came from Florida and Texas.

The minimum times required to advance through the rounds were faster in 2008 in both fly events, and the 400 IM. The 200 free and 200 IM were slightly quicker this time around.

Yea 08 sucked with cavic, Crocker, laslo, lochte, etc just to name a few. Shaking my head. Saying competition wasn’t good is a disgrace to those swimmers and other great competitors of that time.

And phelps set OR in some 08 prelims and semis. That is not considered taking it easy

Records were dropping easily in ’08 (suits). Look at the spread of times from 1st to 16th for more competitiveness. Phelps had about double the time between him and 16th in ’08 that Schooling had qualifying first in prelims ’16

I would say competitiveness is top 3. Maybe top 5. Not 16th place….. Especially when we are talking about someone going at 8 GOLD MEDALS AT THE OLYMPICS

In conclusion, I would… Read more »