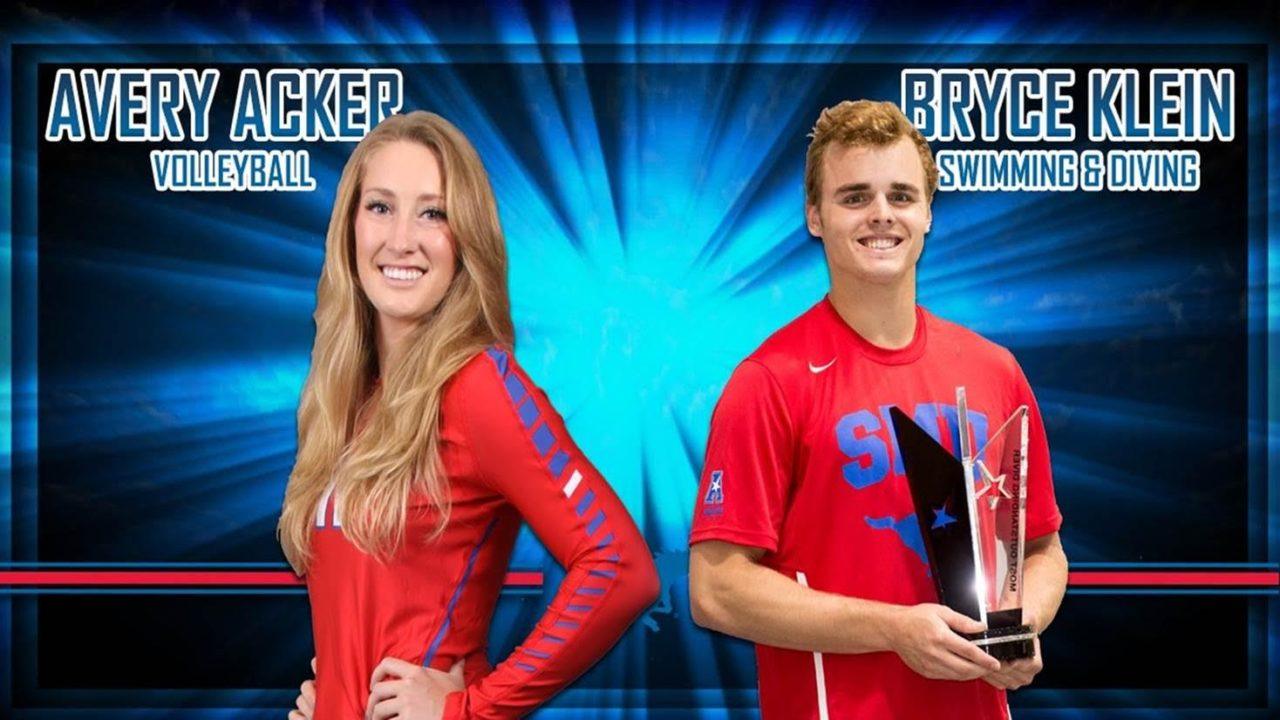 PROVIDENCE, R.I. (The American/SMU) – American Athletic Conference Volleyball Player of the Year Avery Acker and Men’s Diver of the Year Bryce Klein were honored with the 2015-16 AAC Scholar-Athlete Excellence Awards for the respective sports, the conference Academic Affairs Committee announced on Wednesday.

Acker, a two-time CoSIDA Academic All-America selection and the 2015 Academic All-American of the Year, led the Mustangs to a program-best 27 wins and the school’s first conference championship in 2015. SMU finished with a 27-6 mark overall and 17-3 record in conference play to earn The American’s automatic bid to the NCAA Championship. Acker set an SMU and American single-season record with 1,482 assists.

A three-year starter and three-time captain, Acker earned Setter of the Year honors for the second time in her career last fall after leading the NCAA with 12.45 assists per set. She also earned AVCA honorable mention All-America honors and AVCA All-Southeast Region accolades for the third straight year.

Klein is the school record holder on both the 1- and 3-meter springboards, and also swept those events at the AAC Championship to earn Most Outstanding Diver accolades. The five-time all-conference selection earned The American’s Diver of the Week honor a league-leading five times during the 2015-16 season and also holds the AAC meet record on the 1 meter.

The Southlake, Texas, native finished 17th at the NCAA Championship on 3 meter, and went on to compete at the U.S. Olympic Trials in 3 meter and 3-meter synchro events, reaching the finals in the synchro event. Most recently, Klein earned bronze on 3 meter at USA Nationals.

At the conclusion of the season, Klein was named First-Team Scholar All-America by the College Swimming Coaches Association of America.

This swimming news story is courtesy from SMU athletics.