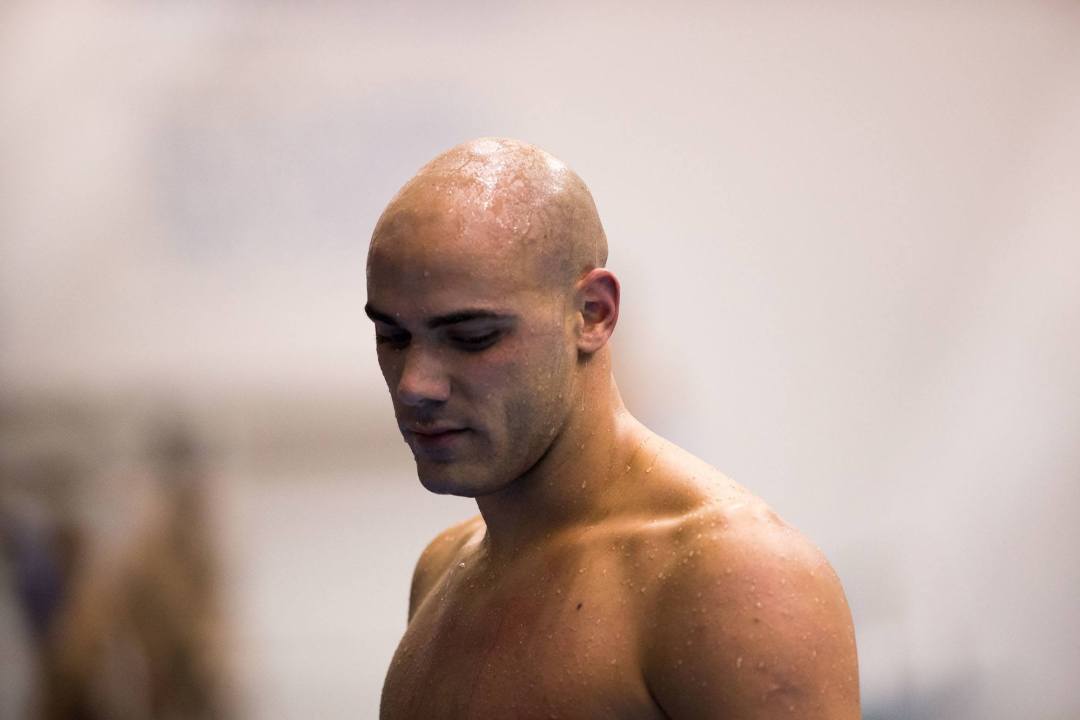 Two-time Brazilian Olympian Joao de Lucca will not participate in the Maria Lenk Trophy that begins in 2 weeks, according to... Archive photo via Tim Binning/TheSwimPictures.com

Two-time Brazilian Olympian Joao de Lucca will not participate in the Maria Lenk Trophy that begins in 2 weeks, according to Alex Pussielidi of Blog do Coach. That means that he’ll also be out of the 2017 World Championships this summer in Budapest.

According to Pussielidi, de Lucca has chosen to stay home and “focus on his goals for the second half.” Home for de Lucca is in the post-graduate group at the University of Louisville, where he trains under the school’s head coach and Brazilian-American dual citizen Arthur Albiero.

De Lucca has competed at the last 3 long course World Championships for Brazil, along with most of the major Brazilian international teams. He took 3 gold medals at the 2015 Pan American Games, including individually in the 200 free, and 2 relay medals at the 2014 World Short Course Championships.

In Rio, he finished 25th in the individual 200 meter freestyle, 15th as part of Brazil’s 800 free relay, and anchored Brazil’s 5th-place finals group in the 400 free relay.

Without the 27-year old de Lucca, and depending on the status of veterans Cesar Cielo and Bruno Fratus, Budapest then will likely be the official passing of the torch to Brazil’s younger generation of sprinters who have been pounding at the doors of the veterans in this relay for years.  That include swimmers like Matheus Santana, Felipe Ribeiro, and Gabriel Santos, with Marcelo Chierighini at 26 the relative veteran of the group.

Without de Lucca, Brazil’s 800 free relay is in trouble. NIcolas Oliveira waws a 1:46.9 at last year’s Maria Lenk Trophy, but no other Brazilian besides de Lucca was under 1:49 in the race.

De Lucca does not currently represent a club in Brazil, with team scoring and club contracts holding more significant weight there than it does in most countries.