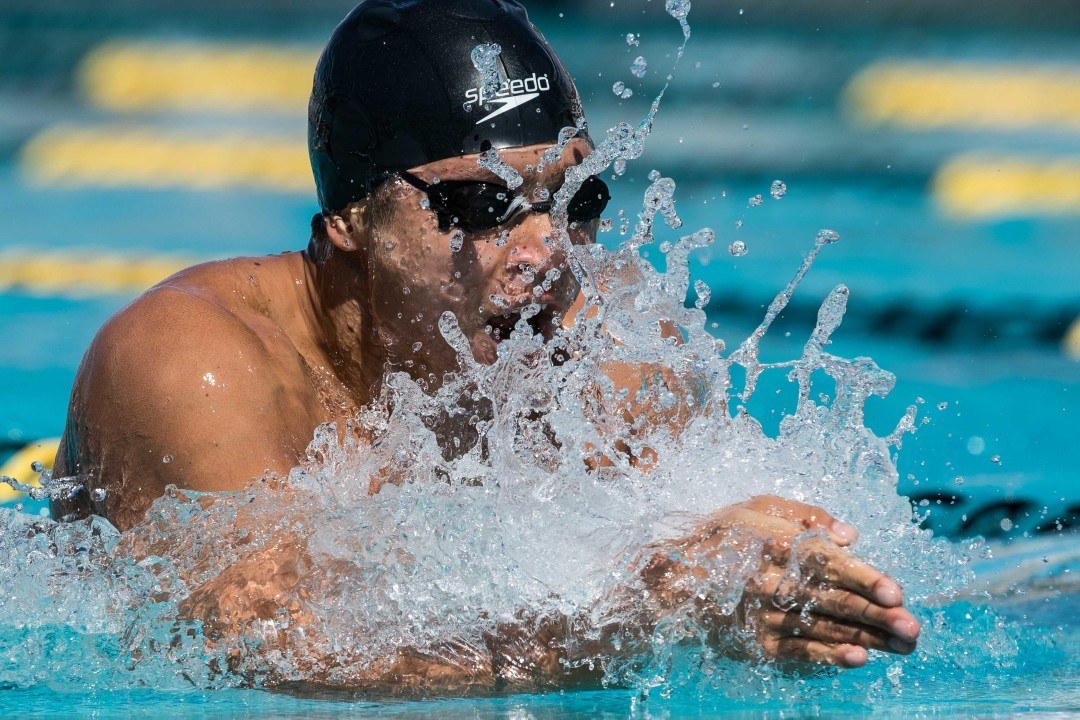 During prelims of the 100 breast at the 2016 Arena Pro Swim Series at Santa Clara, Filipino breaststroker Jimmy Deiparine set a new national record.

Deiparine, who swam at Cal Poly and holds their 100 breast SCY school record, finished third in prelims of this event behind Josh Prenot and Azad Al-Barazi. He is also entered to race the 200 breast tomorrow, where he is seeded 44th with a 2:23.32.

Does it count? This meet is not Fina sanctioned.

USA Swimming decided to not make this a FINA approved meet… The only weekend in the Arena Pro Series that was not sanctioned. Will a Filipino record even count considering these times won’t even show up in the FINA database??? USA Swimming really dropped the ball… This meet doesn’t even count to qualify for Rio for any international teams here… While every other Arena Pro Series before this weekend was considered a qualifier for internationals attempting to make it to Rio.

Anonymous – USA swimming actually didn’t have a choice. Each country only gets 4 sanctioned meets by FINA rules. Each national federation gets to choose how it sanctions national records, so that fact shouldn’t impact Filipino records unless the Phillipines decides it should.

Braden – Will this have any impact on Olympic qualification? Correct me if I’m wrong but I believe Deiparine is under the FINA B standard for the event. Would be a shame this cost him a shot at representing the Philippines in Rio.

This seems really shady and I for one am really disappointed in the USA swimming administration for making a world renowned international meet not FINA approved.