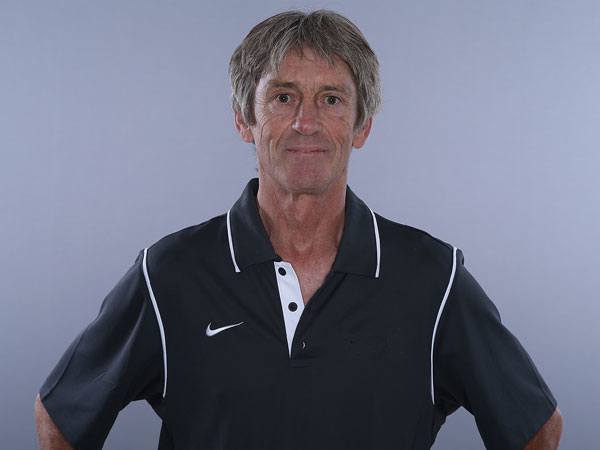 Head Coaches Chris Ip and Kate Kovenock have announced the hiring of Jim Pyrch as the diving coach of the men's and women's swimming and diving programs on Monday. Current photo via Brown Swimming & Diving

PROVIDENCE, R.I. – Head Coaches Chris Ip and Kate Kovenock have announced the hiring of Jim Pyrch as the diving coach of the men’s and women’s swimming and diving programs on Monday.  Pyrch joins the Bears after spending the previous seven seasons at the University of North Texas as the Mean Green’s diving coach.

“I am excited to welcome Jim Pyrch to Brown,” said men’s Head Coach Chris Ip.  “Jim brings a wealth of knowledge and experience across all NCAA Divisions.  From his Ivy League experience coaching conference champions and record holders, we look forward to the competitive excellence he will bring to both teams.”
Under Pyrch’s tutelage, North Texas boasted four conference finalists scoring over 100 points, three NCAA Zone Diving qualifiers, and a Scholar-Athlete of the Year selection.  The Mean Green has held the top-10 program scores and has received 16 Conference USA Diver of the Week selections in Pyrch’s seven seasons in Denton.  Pyrch also coached North Texas’ most successful diver, Catherine Johnson, who claimed three silver and two bronze medals in a three-year span at the Conference USA Championships.
Prior to North Texas, Pyrch boasted a tenure with Yale as the Bulldogs’ diving coach, where he coached two NCAA qualifiers in 2002, as well as a trio of Ivy League champion divers in consecutive seasons from 2001-03.

“Jim has proven himself to be an outstanding coach and recruiter within the Ivy League,” said women’s Head Coach Kate Kovenock.  “He is exactly the kind of seasoned coach we need to take the next step forward on the boards.”

On the national stage, Pyrch was also a six-time U.S. National Diving Coach, participating in competitions with the squad in Germany, China, Russia, and Sweden.
Pyrch also held coaching stints at Macalester College and his alma mater, Southern Connecticut State, where he was a two-time Division II Diving Coach of the Year (1987, 1993).
Swimming news courtesy of Brown Swimming & Diving.

Congrats Jim! Great match for everyone!

Congrats Jim, looks like the family is back East. Best wishes at Brown.