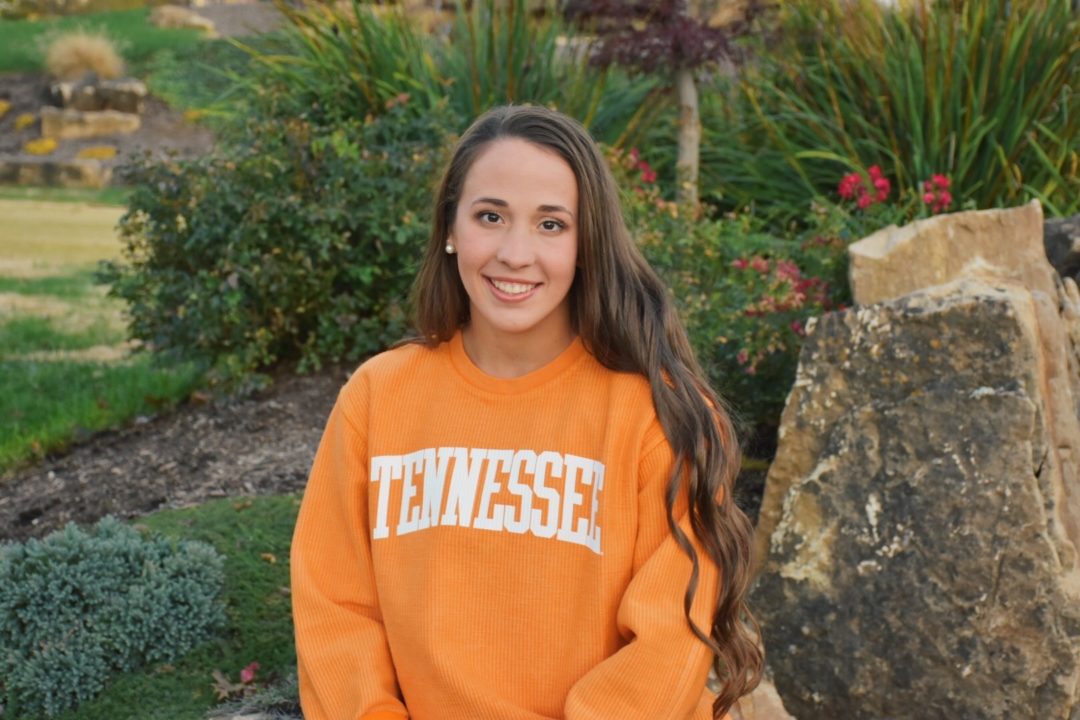 McCarville, who primarily has been a fly/IM specialist, clocked a 2:16.13, completely blowing away her previous best of 2:23.58. Stock photo via Kate McCarville

The Speedo Sectionals meet in Jenks, OK kicked off yesterday, featuring the 100 free, 200 breast, 200 back, and 800 free. Alabama recruit and Inspire Swim Team 18-year-old Mateo Miceli posted a new personal best in the men’s 200 back, winning the event with a 2:01.49. The swim took about a second off Miceli’s lifetime best, and moved him closer to the Olympic Trials Wave II cut of 2:00.81.

Avery Karl, a 15-year-old out of Empire KC Swim Club, won the women’s 100 free with a 57.31. Karl’s swim marked a lifetime best, chipping .35 seconds off her previous top mark. It was another 15-year-old, Piper McNeil from American Energy Swim Club, who finished 2nd, posting a massive lifetime best. McNeil touched in 57.61, coming in over 2 seconds faster than her previous best of 59.64.

Tennessee recruit and Springfield Aquatics 17-year-old Kate McCarville has seemingly put an emphasis on her backstroke training, as she won the women’s 200 back with a personal best of over 7 seconds. McCarville, who primarily has been a fly/IM specialist, clocked a 2:16.13, completely blowing away her previous best of 2:23.58, which she had only swum about 3 weeks ago. McCarville split 1:05.68 on the first 100 of the race, coming in way under her lifetime best of 1:07.84 in the 200 back.

Lincoln Select Swimming’s Thomas Palmer, 17, took the men’s 100 free with a 50.60. The swim was yet another huge lifetime best, blowing his previous mark of 53.10 out of the water. Palmer is now just .11 seconds off the Trials Wave I cut in the event.

We get it. You’re mad that you didn’t get to swim in the meet. You’ve been heard. Can you stop spamming every article on the site with this please?

Not spam. It’s the truth…and there were many qualified swimmers who didn’t get to swim.

Since most (if not all) of the other Sectional meets around the country except the Jenks Sectionals allowed swimmers over 18 to enter, it seems reasonable to expect that this would be reported. Some of the other zones (e.g. Western Zones) went out of their way to be inclusive with duel sites etc.