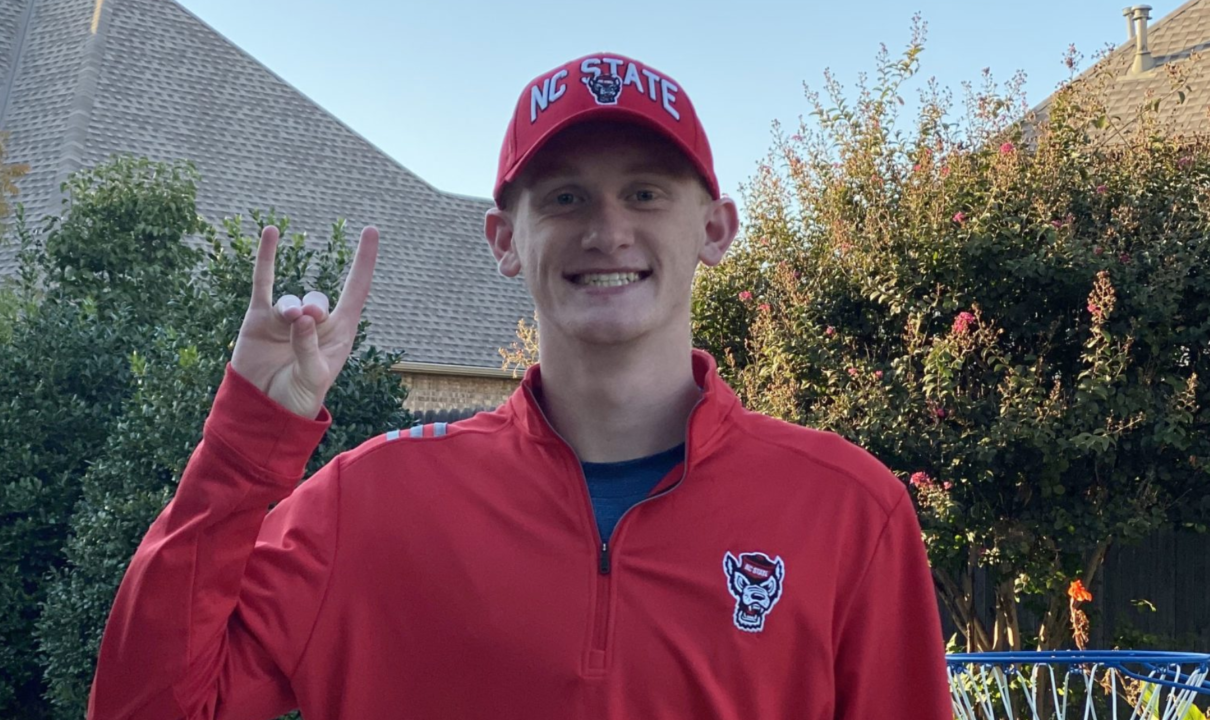 On the 2nd day of the Jenks Sectional meet, 17-year-old Aiden Hayes from Sooner Swim Club hit a new lifetime best in the 100 fly. Stock photo via Aiden Hayes

Heck of a night at Day 2 @speedo Sectionals in Jenks. @hayitsaiden put up a 🔥🔥 52.70 in the 100 Fly to win the event and set a new CZ Sectionals Record. That time now sits #12 all time 17-18 Age Group! @nick_sardis @clayhorning @nnhsathletics1 @ClubSooner @swimswamnews pic.twitter.com/9O0SfXF8BG

Kate McCarville, Tennessee recruit and Springfield Aquatics 17-year-old won the women’s 400 IM decisively, roaring to a 4:49.13 finish. The swim was McCarville’s 2nd-fastest of her career, coming in just off her lifetime best of 4:48.81, which she established in January of 2020. McCarville went on to win the women’s 200 free as well, clocking a 2:02.32. That swim marked a personal best for McCarville, coming in just under her previous best of 2:02.57.

The women’s 100 fly featured a tight field with many lifetime bests among college-committed swimmers. Leading the way was Aubree Brouwer, Springfield Aquatics 17-year-old. Brouwer, who is an NC State recruit, touched in 1:02.06, undercutting her previous lifetime best of 1:20.10, which she swam just a couple weeks ago. Before Brouwer swam her previous best of 1:02.10 on February 21st, her personal best was 1:04.78, marking a significant amount of improvement by Brouwer already this year.

Mark it now – Hayes in Tokyo in the 2Fly.

3
-15
Reply
That guy
Reply to  The Importer AND Exporter

14
-2
Reply
Austinpoolboy
Reply to  The Importer AND Exporter

10
-3
Reply
Misha Fan
Reply to  The Importer AND Exporter

He’s been sharp but not that sharp. Keep in mind that trials are in a little over three months and he would have to get through some names such as Urlando, Conger, Harting, and Wright