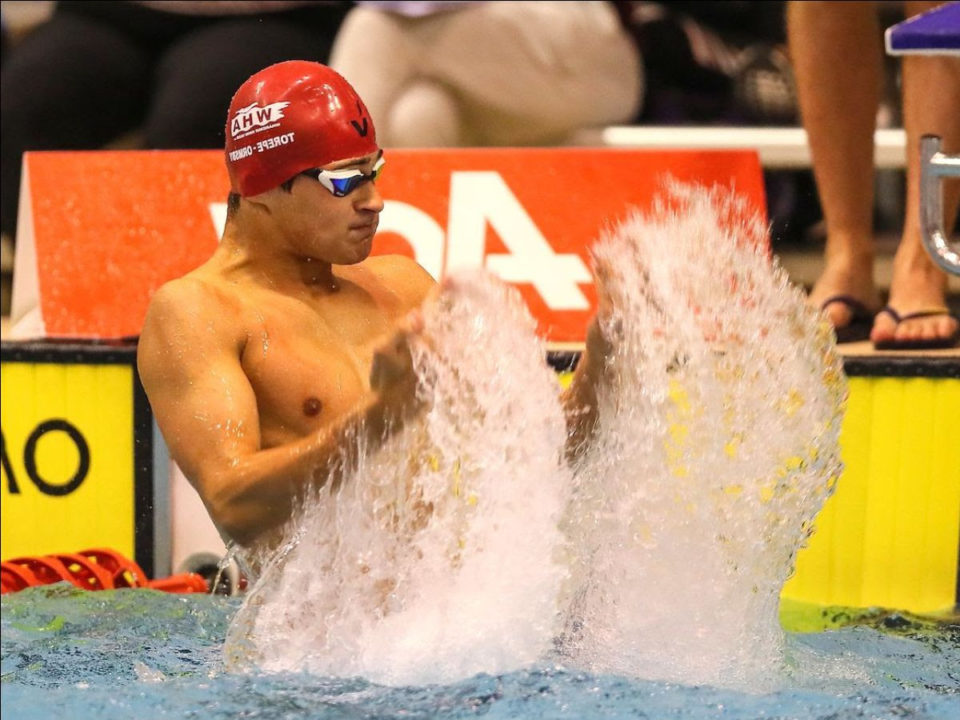 New Zealand's Andrew Jeffcoat clocked the fastest 50m back time of his career to take the silver at the 2021 Sydney Open. Archive photo via Swimming New Zealand

We reported on a head-turning battle that took place in the men’s 50m backstroke at the 2021 Sydney Open. 17-year-old Isaac Cooper of Australia rocked the fastest time of his career in 24.69 en route to topping the podium, but another powerful swim transpired en route to 2nd place.

Getting to the wall in a time of 25.05 as runner-up, New Zealander Andrew Jeffcoat produced a new national record in this men’s 50m back event. Entering the meet, Jeffcoat held the kiwi national standard in 25.06, a time he logged just last month at the national championships.

However, this morning at Sydney Olympic Park Aquatic Centre, the 21-year-old sliced .01 off of that previous PB to check in with a new record. As a result, Jeffcoat’s time renders him just outside the list of top 25 performers in the world so far this season.

During tonight’s prelims, Jeffcoat also raced the 200m back, stopping the clock in a time of 2:03.20 to place 7th for tomorrow morning’s final.