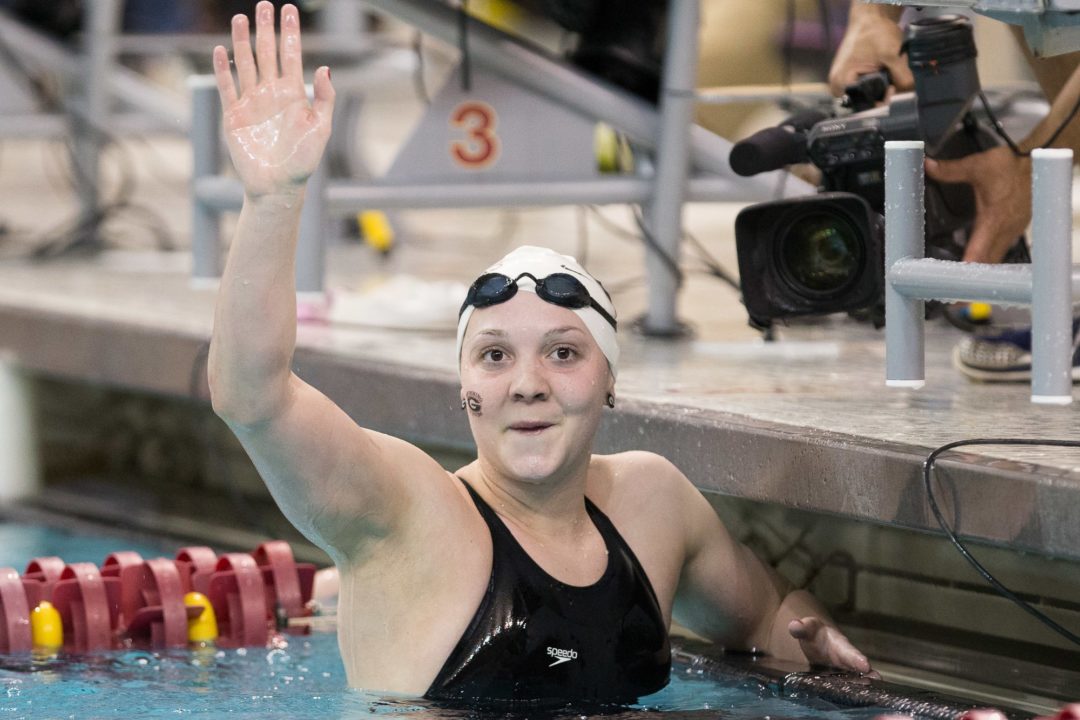 Defending CSCAA Division I Women's Swimmer of the Year Brittany MacLean has led the defending NCAA Champion Georgia Bulldogs into a deadlock for first in the latest dual meet polls. Archive photo via Tim Binning/TheSwimPictures.com

The Cal and Georgia women’s teams sit tied atop the most current CSCAA dual-meet team rankings, after Cal being 1 and Georgia 2, alone, in the last poll.

Note: SwimSwam is not an official pollster in the CSCAA polls, and they are posted as a courtesy. We maintain our own Power Rankings, the latest edition of which can be seen here.

The CSCAA DI Poll Committee will produce in-season rankings of the 25 best performing NCAA Division I Swimming and Diving teams in rank order at the time of each poll.  The poll is not designed to predict the results of the NCAA Championship, but rather which teams would win head-to-head against other teams in the country. Rankings are based on performances that have taken place since the previous poll and include invites as well as dual meets.

CSCAA NCAA Division I Women’s Swimming and Diving Ranking as of January 15, 2015