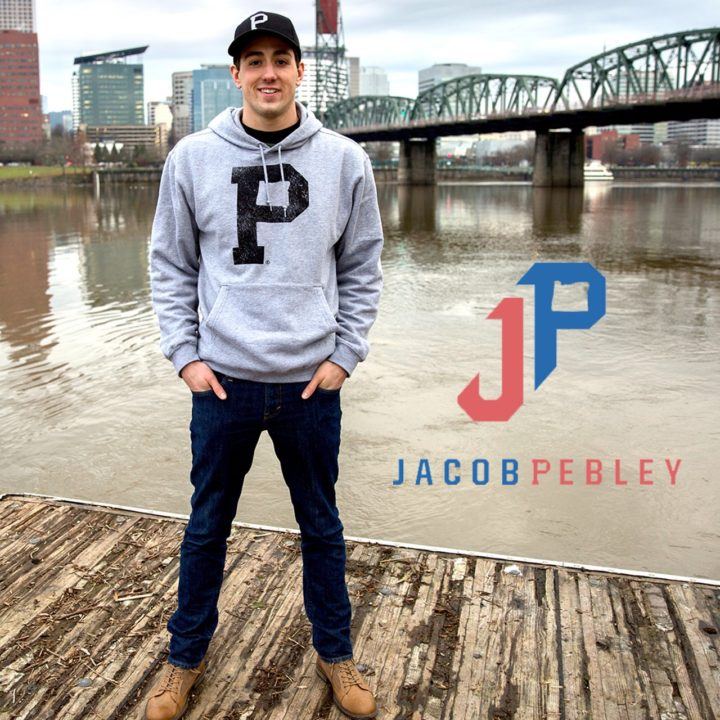 In partnering with Portland Gear, Jacob will represent one of the fastest growing brands in Oregon as their first official sponsored athlete. Current photo via Spenser Goodman

2016 Olympian Jacob Pebley has officially signed with two Oregon based companies, as a sponsored athlete. Portland Gear, an up and coming apparel company and Bliss Nut Butters, which makes all natural locally sourced nut butter. Jacob placed 5th at the 2016 Rio Olympics and is a native of Corvallis, OR.

In partnering with Portland Gear, Jacob will represent one of the fastest growing brands in Oregon as their first official sponsored athlete.

“I’m incredibly excited to welcome Jacob Pebley to the Portland Gear sports team,” said Portland Gear Owner, Marcus Harvey. “This is our first official athletic endorsement, and we’re thrilled to have Jacob be that guy. At Portland Gear we’re about creating regional pride through product that embodies and represents a community and culture. With Jacob being a Pacific Northwest native, the alignment between the two was a natural fit. His success will be greatly enjoyed by all of those in the area as we’re excited to root on a hometown kid and see him along his path to his next Olympics.”

“Partnering with Portland Gear is a dream come true,” said Jacob. “They are an up and coming company that is just beginning to take off. I feel they have a similar trajectory as me, and after meeting Marcus in person, I knew we shared a similar drive and motivation to succeed. Their products embody the Oregon lifestyle I have carried with me down in the Bay Area where I train. I feel that together we can do some amazing things for the Oregon community.”

Bliss Nut Butters is a product of Back 2 Basics Wellness, a company committed to encouraging healthier lifestyles with healthy, delicious nut butters.

Founder Daniell Bliss on partnering with Jacob, “The whole reason we started Bliss Nut Butters was because I was making these nut butters and using them for my personal training routine (Recreational Triathlons and Marathons).  Soon they became so popular we began selling them. It has always been our dream to have our Nut Butters used and loved by professional athletes. We are so excited to be working with Jacob Pebley not only an Olympic Swimmer but a local Oregonian as well.”

“Bliss Nut Butter is an Oregon company that embodies similar passions of mine when it comes to nutrition” said Pebley. “I’m a huge believer in putting the right ingredients into your body every day as the best source of fuel for training hard, recovery efficiently, and racing at the highest level. They do a great job of making their product healthiness a premium and that is why I am beyond excited to work with them in the lead up to Tokyo 2020.”

Jacob’s time of 1:55.56 in the 200-meter back is currently one of the top times in the world for 2017. This June, Jacob will compete for a spot on the US World Championship Team in Budapest, Hungary.

Vote Up420Vote Down Reply
The Wolverine

I met Jacob a few weekends ago. The drive, passion, and fire within is apparent. On top of that, I don’t think he could’ve been a more humble, polite, and nice guy. A rare combination and a great representative for any company.

Couldn’t happen to a nicer & better guy. Really happy for him.