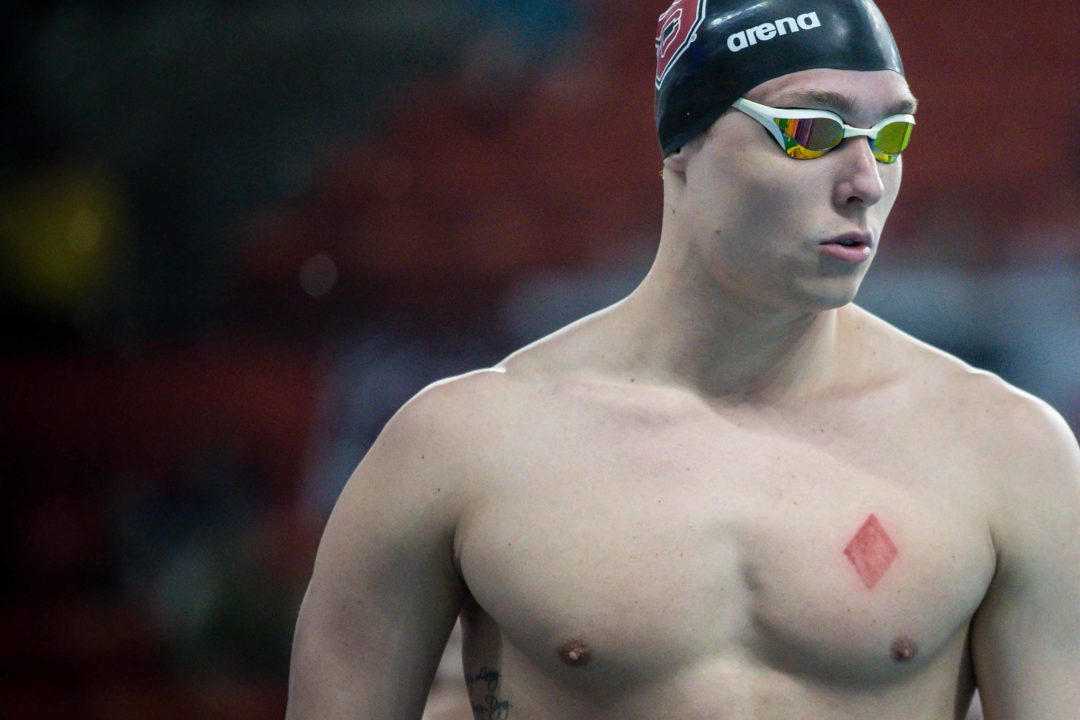 Former NCAA champion Jacob Molacek was back in action over the weekend competing in Fremont, Nebraska, registering his first official race since the pandemic hit last March.

Molacek is an Omaha native, so it seems likely he’s setting himself up to compete at the Trials, which are now less than two weeks away.

After swimming his first two collegiate seasons at Auburn, Molacek had a very impressive final two years with NC State, including winning a pair of national titles in record-setting fashion on the men’s 400 and 800 free relays in his junior year (2017-18). As a senior, Molacek was a member of all three Wolfpack free relays that finished in the runner-up position.