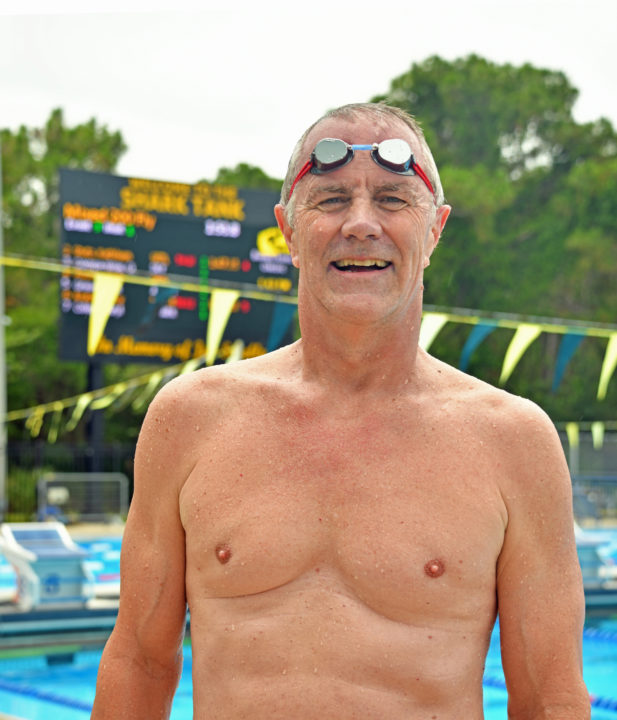 Groselle now owns 4 Masters World Records individually, including in the 100 free where this weekend he became the oldest man under 1 minute in the event. Current photo via Rick Walker

65-year old Jack Groselle, fresh off breaking the Masters World Record in the 100 short course meters freestyle at Canadian Nationals for his age group, has taken down the long course record as well. Swimming at the Bumpy Jones Classic in Sarasota, Florida this weekend, Groselle swam a 59.88 in the 100 LCM free – which makes him the oldest man to break 1 minute in that race in sanctioned competition.

His swim broke the old record of 1:00.38 that was set in 2010 by fellow American Richard Abrahams. Americans hold all but 1 long course world record in the men’s 65-69 age group.

That’s truly amazing. Good for him. I would just be happy to not be in diapers when I am his age.