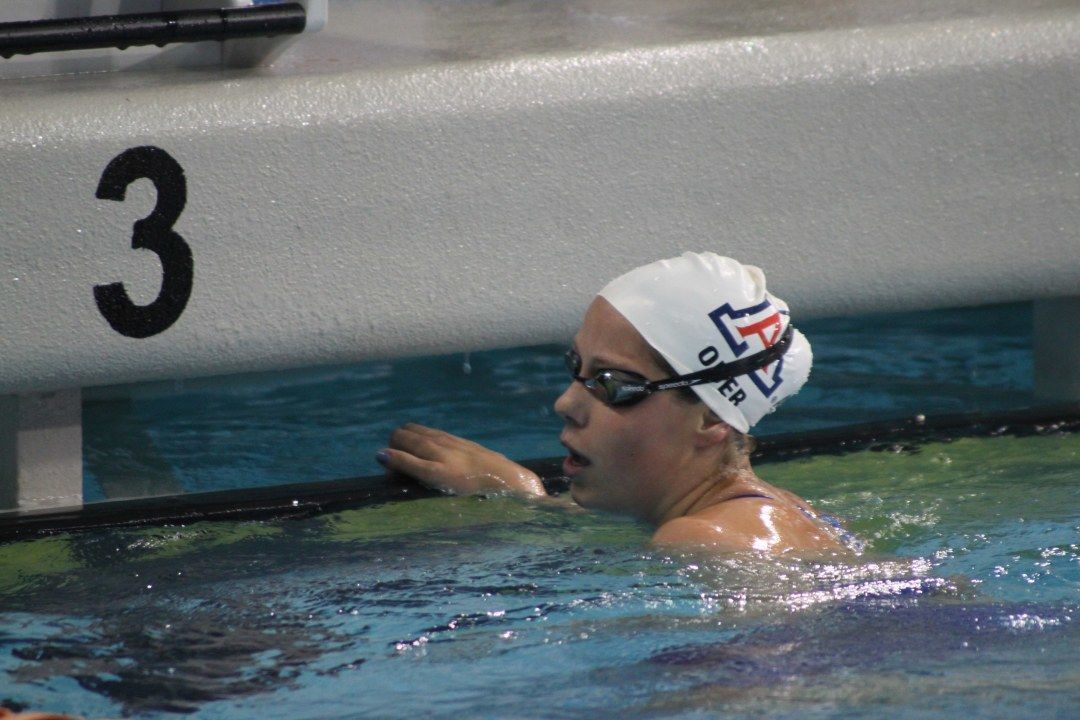 To get things going on the 5th night of finals action in Singapore, Simona Quadarella of Italy broke Slovenia’s Tjasa Oder‘s 1500m freestyle championship record from 2011 of 16:18.63  with a  very impressive time of 16:05.61.

2nd place finisher Sierra Schmidt of the United States was also under the old record in 16:12.84. Her American teammate Gabrielle Kopenski was 3rd in 16:21.15.

This reverses the order from the 800m freestyle, as Schmidt won with Quadarella finishing in 2nd.