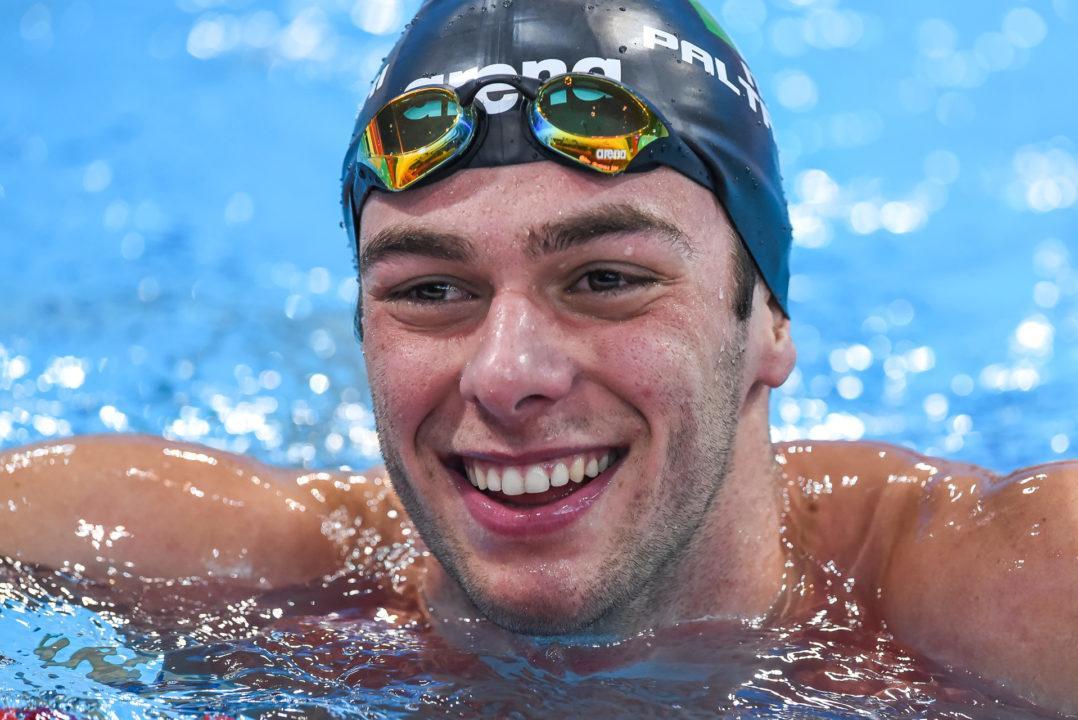 Italy's 2 gold medals, 4 silvers, and 1 bronze leaves it atop the table after day 3, but Britain has them beat by another sort with 8 in all. Current photo via Peter Sukenik/www.petersukenik.com

After 3 days at the 2016 European Aquatics Championships in London, England, it’s the Italians, led by the men’s squad and Gregorio Paltrinieri, who sit atop the medals table by traditional Gold-Silver-Bronze rankings. They are one of 6 nations to have won 2 events so far, and hold the tie-breaker thanks to 4 silver medals.

Paltrinieri’s gold in the 1500 adds to the 400 free title won by his training partner Gabriele Detti on the meet’s first day.

While the Italians lead the way by traditional rankings, it is the host team of Great Britain who has the most total medals, with 2 gold, 2 silver, and 4 bronze (one more than Italy’s total of 7). While portions of the British team have made headlines for what they haven’t done, the home squad is still in the chase to meet the federation-stated goal of topping the table, thanks in part to 2 new bronze medals on Wednesday.

The full table, through 3 days, is below:

Scoring for the Team Trophy places a bigger emphasis on roster depth, as the top 8 swimmers in each event are scored, rather than just 3 medalists.

In either case, the Italians still hold a lead by the varied standard – 64 points better than Britain. 65 points is the equivalent of just more than 3 individual event wins.

Italy has had the most total finalists of any country in the field, with 24 individuals plus 1 mixed relay earning top 8 finishes. Britain has 23, and Hungary has 16.

With 2 Katinka Hosszu finals berths and a Laszlo Cseh swim in the 200 fly on Thursday, the Hungarians could make a chase at Britain’s #2 position in this trophy by the day’s end.