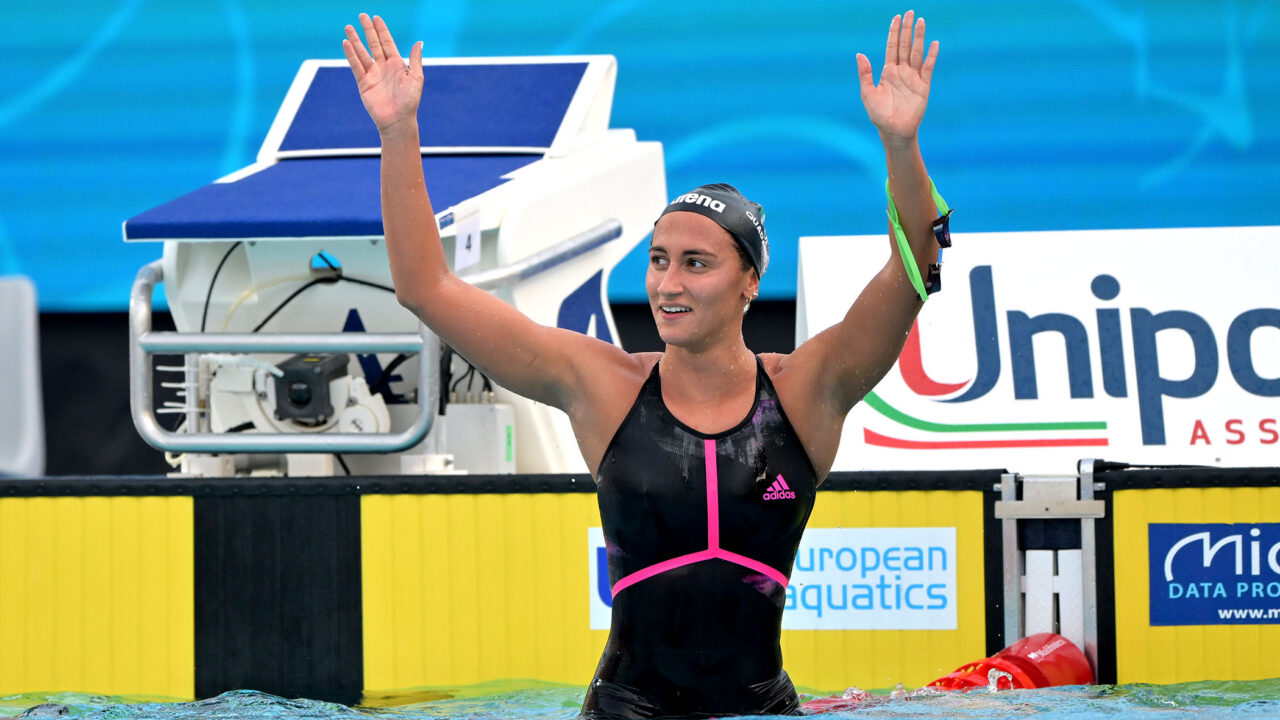 Quadarella, who has won a medal in the women's 800 freestyle at the last two SC World Championships, has dropped out of the event due to health reasons. Archive photo via Fabio Cetti

The women’s distance freestyle events at the upcoming Short Course World Championships have taken a hit.

Italian Olympic medalist and 2019 world champion Simona Quadarella has dropped out of the event due to health reasons, as first reported by Sky Sport.

Quadarella has made back-to-back podium appearances in the women’s 800 freestyle at Short Course Worlds, claiming silver at the 2018 championships in Hangzhou, China, and then following up with a bronze medal last year in Abu Dhabi, setting a best time of 8:07.99.

The 23-year-old was coming into the 2022 championships as a medal contender in the 800 free once again, seeded third behind China’s Li Bingjie and Australia’s Lani Pallister, and she was also in the hunt to become the inaugural short course world champion in the women’s 1500 free— added to the program for the first time this year, along with the men’s 800 free.

Quadarella held the #2 seed in the 1500 free, trailing Pallister, and was also the ninth seed in the 400 free.

In the 1500, Quadarella owns the Italian Record in short course meters at 15:29.74—a time she’s produced twice—which ranks her as the eighth-fastest performer in history.

With Quadarella out, the Italian team in Melbourne will now consist of 12 men and seven women.

Quadarella has a vast international resume, highlighted by a bronze medal in the 800 free at the Tokyo 2020 Olympic Games last year. She also owns four medals from the Long Course World Championships, including winning gold in the 1500 free in 2019, and is a 10-time European champion (eight LC, two SC).