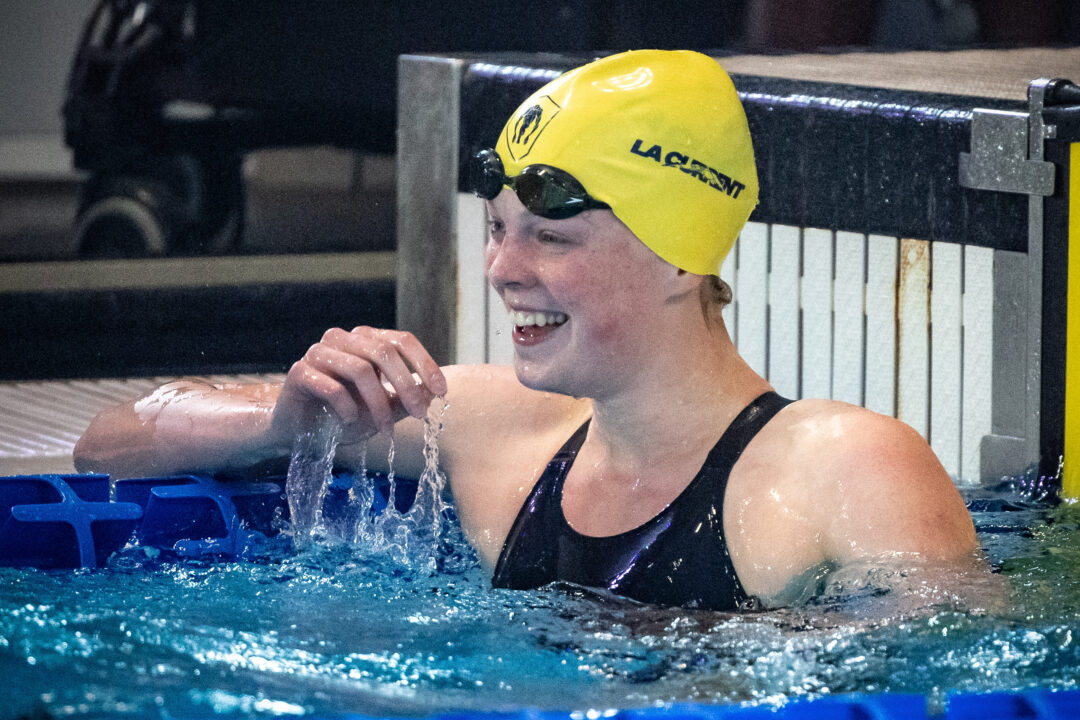 Several big clubs descended upon Calgary, Canada over the weekend to race at the 2022 Western Transmountain Festival, with Ingrid Wilm among the swimmers. Archive photo via Giorgio Scala / Deepbluemedia / Insidefoto

Several big clubs descended upon Calgary, Canada over the weekend to race at the 2022 Western Transmountain Festival. Athletes representing Pointe-Clare, University of Calgary, Cascade and more took to the long course format and several established personal bests on their way to kicking off the 2022 calendar year.

One such swimmer was Ingrid Wilm, the 23-year-old LA Current ISL standout. Wilm busted out a trio of career-quickest efforts, tackling the women’s 50m free, 50m back and 100m back.

In the 50m free, Wilm produced a mark of 26.52 to snag silver behind winner Kamryn Cannings‘ podium-topping result of 25.99. As for Wilm, her time here shaved .04 off of her previous personal best of 26.56 established in March of last year.