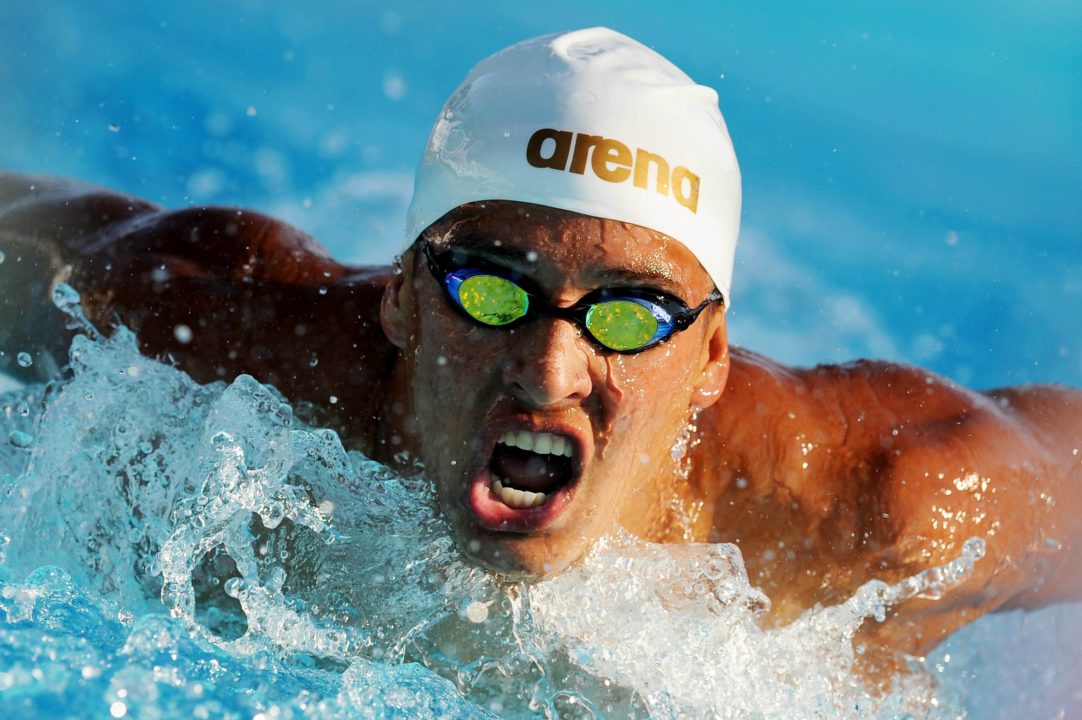 Swim News: "For many elites, The POWERSKIN Carbon Pro filled the void left by the FS3 in 2012." (Swim Photo Credit: LaPress)

Arena swimwear was created by sports legend Horst Dassler, the son of the Adidas founder. During the 1972 Olympic Games in Munich, Dassler was there, ondeck, when Mark Spitz made history, winning  7 gold medals. Dassler was spellbound.  It wasn’t just that Spitz had won 7 golds. What was awe inspiring was he swam all of the races in world record time. Dassler immediately began plans for a swimwear company dedicated to the sport of swimming and created the new performance swimwear brand known today as Arena. The year was 1973.

By the 1980s, Arena had partnered with many of the sports greatest athletes, including US swimming legend, Matt Biondi, who also won 7 Olympic medals at the 1988 Olympic Games in Seoul, South Korea.

In the 1990s Arena launched a technological breakthrough with the AquaRacer, and then later with the X-Flat, attracting the world’s top talent, like Alexander Popov and Franziska van Almsick, two of the most dominant swimmers of that decade.

By 2012, Arena launched the POWERSKIN Carbon Pro. The market almost became frenzied. Elites swimmers had to have the suit. Demand was enormous, something Arena – and in particular, the newly formed Arena USA — could not have foreseen. If we’re going to be honest about the circumstances, Speedo’s FS3 was lackluster. It flagged in the market, a rare instance for the large swimwear manufacturer at a curial time. The London Olympics were on the horizon. Arena doubled-down and filled the demand. Suddenly, everyone, especially in the US market, was very interested in Arena swimwear.

Arena USA, headed by Tim McCool, likes to say that “life begins at 40.” For Arena USA, that saying may be more true than the swimming community realizes. In 2013, forty short years after the brand launched, Arena USA will become the exclusive apparel sponsor to the USA Swimming National Team, a piece of retail marketing real estate that was long-owned by their competitor Speedo. McCool’s earned the most prominent space in the swimwear market. To Arena’s credit, the Carbon Pro was the most sought after racing suit in the US market.

Congrats to Arena for entering the US market, and for winning the bid to become the USA National Team’s exclusive apparel sponsor.

Meet Mobile deserves mention here. If you’re a swim-parent, you know what I mean and appreciate the paperless access to heat sheets and results.

The NCAA deserves mention for one reason and one only, revamping their qualifying system.

Anthony Ervin is a swimming visionary and by using Indiegogo to support his living and travel expenses for the 2012 FINA World Cups Series, he’s a genius. Perhaps more elites will follow his lead.