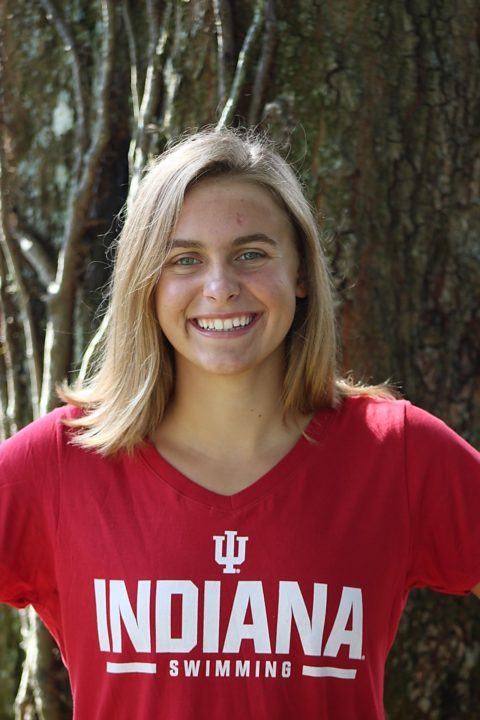 Valrico, Florida’s Christin Rockway, a rising senior at Tampa Catholic High School, has verbally committed to join the women’s swimming and diving team in the Indiana University class of 2022.

“I am so blessed to have such an amazing support network that aided in my decision to attend Indiana University. I am very excited to join the fantastic culture of the swimmers and coaches and become a part of their family. Go Hoosiers!”

Rockway also swims for Tampa Bay Aquatics, where she is coached by Dave Gesacion. She is a seven-time recipient of Florida Swimming’s Swimmer of the Year award. At last December’s Speedo Winter Junior Nationals, she took fifth in the 500 free and seventh in the 400 IM, and she finished fourth in the 200 fly at the 2017 NCSA Junior National Championships in March. Rockway qualified for 2016 U.S. Olympic Team Trials in the 200 back, 200 fly, and 200/400 IM, and came away with a 20th-place in the 400 IM. Her best SCY times are:

Rockway will join Noelle Peplowski in the Hoosiers’ class of 2022.