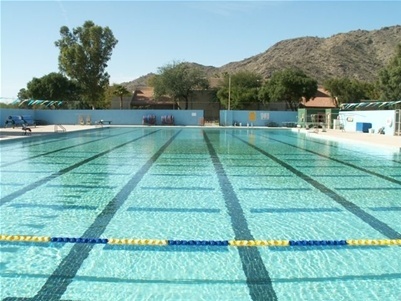 Budapest's budget revealed, a Spanish paralympian retires and a college pool announces closure in this edition of In Briefs. Current photo via Central Arizona College

Budapest Budget Info…..The business daily Napi Gazdasag is reporting that the budget for the 2017 FINA World Aquatics Championships in Budapest will sit right around the 85 million dollar mark.  This figure includes the construction of the new swimming complex, along with “infrastructure development, road modernization, public transport reorganization and landscaping.”  The figure is lower than the $100 million estimated budget for the previous host who pulled out, Guadalajara, according to the NY Daily News. Also in the article is the estimated TV viewership figure of 5 billion estimated by the head of the Hungarian swimming federation, Tamás Gyárfás.

Spanish Paralympian Announces Retirement……… Deborah Font, a Sydney Olympic gold medalist (SB12 100 backstroke) has announced her retirement, deciding to hang up her goggles in pursuit of a social work degree at the National University of Distance Education in Madrid. Font will be supported by the Spanish Paralympic Committee, the Sports Council of Spain and the Plan ADOP, which is driven by the National Organization of Spanish Blind People, in her preparation for market entry labor.

Central Arizona College Pool Set to Close……….The pool at Central Arizona College’s Signal Peak Campus is scheduled to close indefinitely on May 14th.  This means that the Casa Grande Union High School swim team, among other groups who utilize the facility for practice, needs to find a new home.  Reason for the close? The pool requires major work, estimated to cost $1 million dollars.  The CAC Athletic Director told Casa Grande Dispatch that “All of our facilities are old and they are all wearing out at the same time.  We understand there are going to be some upset people.  It’s just the dollar amount is something that we can’t handel.  It always ends up being more than what you think.”  The pool has been in operation for over 40 years.

The closure of this pool impacts 30 plus groups, leaving thousands of swimmers with no where to train. This facility represents the only Olympic-sized facility in the entire county. It is very sad to lose such an asset after 40 years.