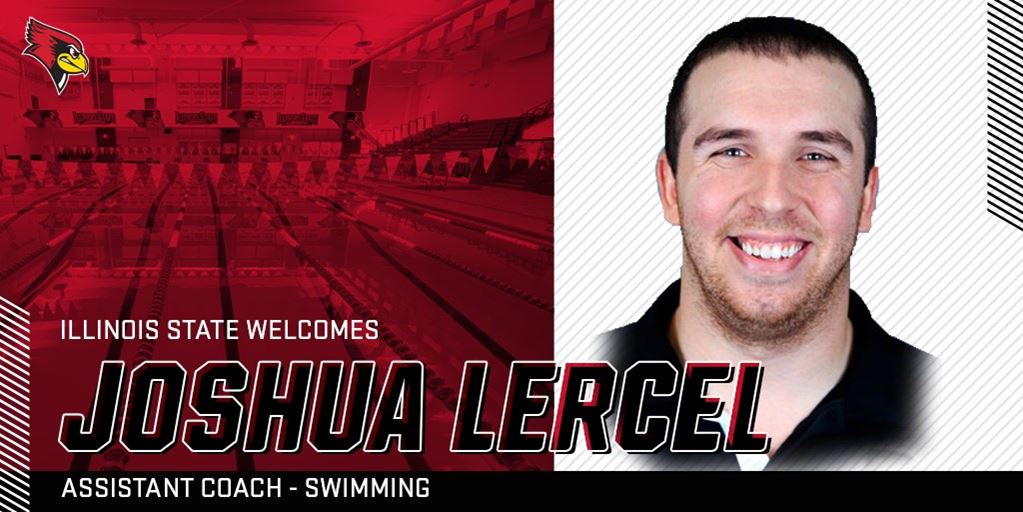 Illinois State head swimming coach Caitlin Hamilton has made her first addition to the Redbird program, as she announced the hiring of assistant coach Joshua Lercel. Current photo via Illinois State Athletics

With Jeremy Kipp on his way back to Southern California, Northwestern is in the market for a new head coach. The most obvious candidate is already on campus.

Mike Kokoszka takes over the head coaching position at Arcadia University after their previous head coach left to become a softball coach at Rowan.

Jeremy Kipp: ‘I Have 3 Years Left on My Contract’ at Northwestern

In a webinar presentation Tuesday, Northwestern’s head coach of two years addressed rumors of his departure for Southern California.

“I am very excited to have Josh join the Redbird Swimming family as our assistant coach,” Hamilton said. “He has done great work over the last two seasons at IUPUI. While recruiting and working with the sprint program, his athletes developed into Horizon League Champions and school record holders. Josh will bring a lot of passion and excitement to the deck in Normal, and I have no doubt that he will be a major contributor in this team’s rising potential.”

This past season, he helped guide the Jags to strong finishes at the 2019 Horizon League Swimming and Diving Championship. The IUPUI women’s swimming and diving team capped off an impressive meet, finishing as the runners-up, and the men’s team finished in fourth with 493 points, one point behind third-place Green Bay.

“I want to start by thanking Caitlin Hamilton and the rest of the administration for the opportunity to be a part of such an exciting program at Illinois State,” Lercel stated. “I’m looking forward to getting on campus and being a part of the rise of Redbird swimming.”

Prior to his stint at IUPUI, Lercel served as an assistant coach at Penn High School in Mishawaka, Indiana. Under his leadership, Lercel helped Penn finish fifth in Indiana girl’s high school competition and fourth in club state.  He also helped lead them to a club state title in the 400 Free Relay and had four All-American performances across multiple events. In addition to his time spent at Penn, Lercel has also coached at the club level, holding positions at both the Academy Bullets and the Sun Oaks Aquatics Club.

A decorated student-athlete in his own right, Lercel competed at Olivet Nazarene.  While there, the hard-paddling freestyle specialist was a three-time NAIA All-American selection and established three school records.  He closed out his career as a two-time finalist at the 2015 NAIA Championships, setting a career-best 1:39.56 in the 200 Free while capturing fourth in the event.