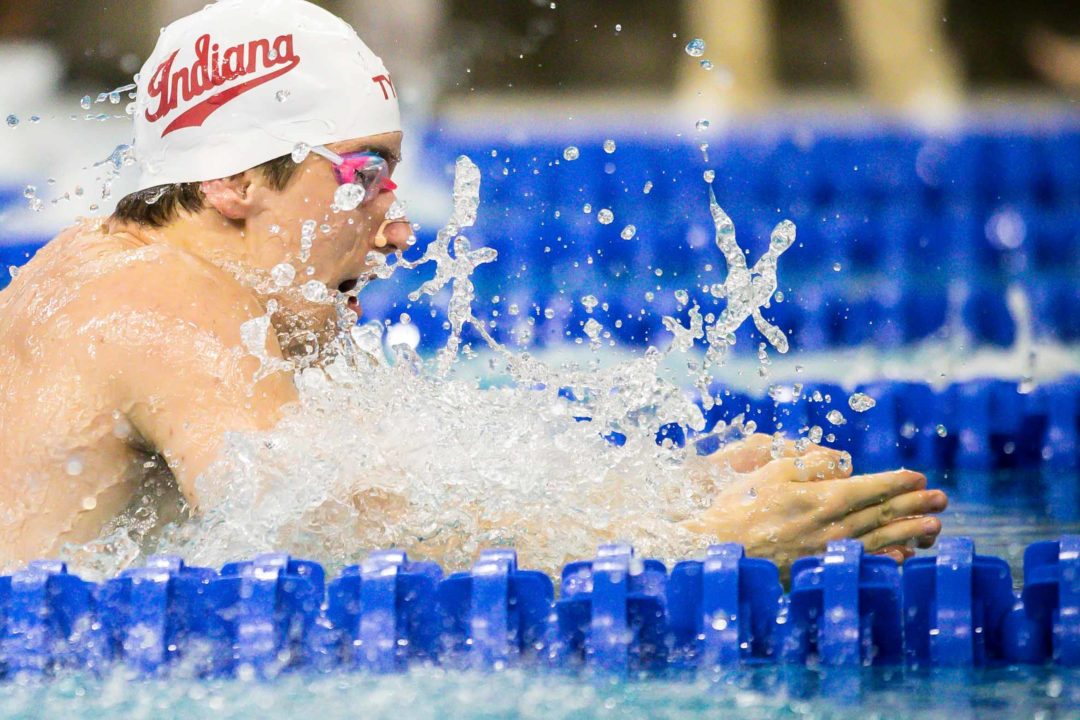 It's been a fast start to the International Swimming League's American derby, with an American record falling in the second men's event. Archive photo via Jack Spitser/Spitser Photography

It’s been a fast start to the International Swimming League’s American derby, with an American record falling in the second men’s event.

The DC Trident’s Ian Finnerty became the first American man to go sub-26 in the short course 50-meter breaststroke, blasting a 25.99 for a new American record. Finnerty was second in the race, with LA Current’s Felipe Lima (a Brazilian national) going 25.92 for the win.

The previous record was held by Michael Andrew, and he actually bettered his own record in the same race. Andrew, competing for the New York Breakers, was 26.09, going a hundredth under his old record of 26.10 from a 2018 World Cup meet.

Finnerty trains out of Indiana University, where he graduated last spring. He hasn’t done a ton of swimming in short course meters, and was just 26.77 earlier in the year at the ISL’s Indianapolis meet. His swim in Maryland this week is a massive drop, and Finnerty could still swim the 100 breast tomorrow for the DC Trident. He’s not entered in that race right now (DC also has Olympians Cody Miller and Kevin Cordes), but they could swap Finnerty in if he goes off in the medley relay next session.

Does anyone know what kind of goggles he wears?