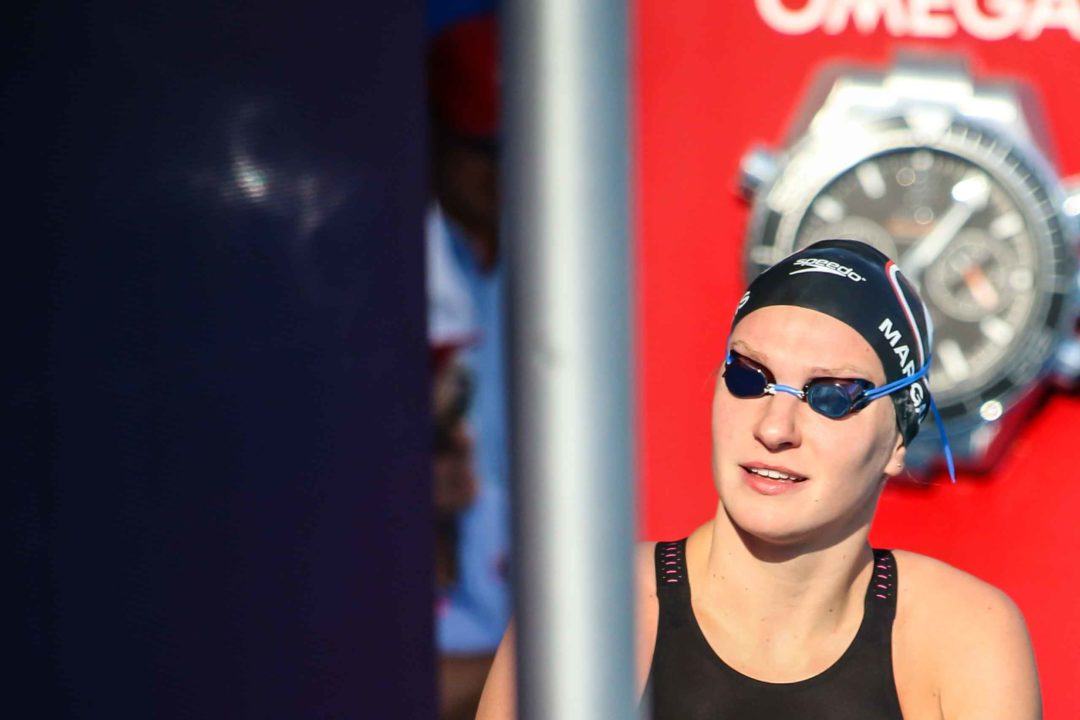 Melanie Margalis broke her 2nd American Record of the ISL season on Saturday at the University of Maryland. She swam a 4:24.46 to win the event by more than 3 seconds to pick up the maximum 9 points for her Cali Condors team. She has now won the 400 IM at all 3 ISL meets that she’s raced at this season.

Margalis and Leverenz, in broad strokes, are very similar swimmers. Both are very good breaststrokers, but the pacing between their record-setting swims – specifically, Leverenz, who later in her career became a very good 200 butterflier and backstroker, was out much faster than Margalis, but Margalis close at a way better rate.

Spaniard Mireia Belmonte owns the 400 IM World Record in 4:18.94. The fastest time by an American swimmer is actually a 4:21.04 done by Julia Smit at the 2009 Duel in the Pool. This swim came in the waning days of FINA allowing the now-outlawed polyurethane suits, but after USA Swimming’s deadline for eliminating them. Smit’s swim is one of a handful that fell into a record purgatory that were never recognized by USA Swimming.

Margalis also broke the American Record in the 200 IM earlier this season in Indianapolis. There she swam 2:04.18 which broke Leverenz’s record as well that was a 2:04.62. Their 200 IM splitting was much more similar.

This maens Margalis is ready for the Olympics, good swim.

Interesting to note that this still isn’t the fastest time swum by an American in competition. Julia Smit was a 4:21 at the 2009 Duel in the Pool, but USA swimming had already banned the super suits leaving the American Record unbroken.

Sure it may not be the fastest ever but it’s the fastest legal swim ever? I don’t get why you would make a comparison with an illegal swim.

That swim was legal at the time. Just not recognized by USA Swimming.

What is the WR?