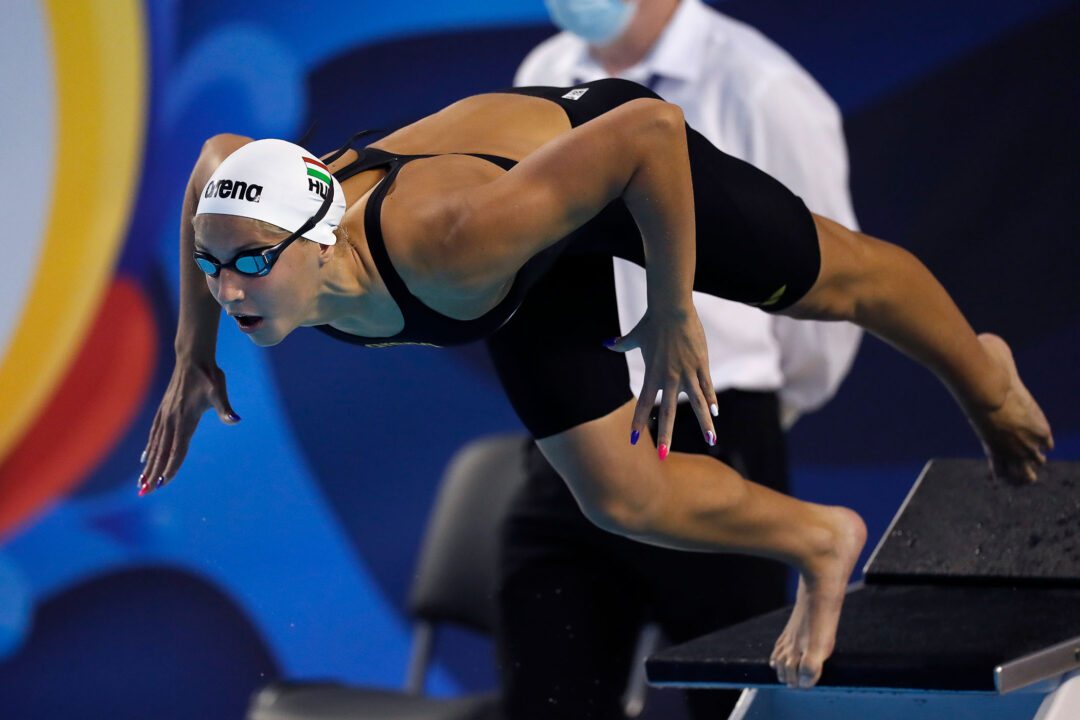 Last night Hungary and Romania faced off in the mixed 4x100 free relay in a rematch of the event at the European Junior Championships in July. Stock photo via LEN/Simone Castrovillari

Last night Hungary and Romania faced off in the mixed 4×100 free relay in a rematch of the event at the European Junior Championships in July. At Euro Juniors a few months ago, the Hungarian team of Magda Boldizsar, Benedek Bona, Nikolett Padar, and Dora Molnar beat the Romanian team of David Popovici, Patrick Dinu, Bianca Costea, and Rebecca Diaconescu by half a second, 3:28.83 to 3:29.35. In last night’s World Junior Championships final, the Hungarian and Romanian relay teams were the same, except Daniel Meszaros replaced Boldizsar as one of the male swimmers.

Just as they did at Euro Juniors, Hungary touched out Romania last night, successfully running them down after Popovici gave Romania a huge lead off the start. This time both teams were a little slower, seeing Hungary win gold in 3:30.03 and Romania silver in 3:30.39.

Here is a split comparison between the European Junior and World Junior Champs relays:

Of course, the eyes go right to Popovici’s split. His 47.23 last night was faster than his 47.34 lead-off at European Juniors, though it was slower than the 47.07 he split leading the boys 4×100 free relay off a few days ago. Diaconescu was 0.39 seconds faster than her split from July last night, but Dinu and Costea were slower. Dinu had split 49.47, 49.50, and 49.69 on relays so far at these Championships, but he was a bit off last night, swimming a 50.17. Costea was well off her time from Euro Juniors, splitting 1.4 seconds slower last night.

For Hungary, Meszaros was slightly slower leading-off than Boldizsar was. Bona was a tick faster than his Euro Juniors split, but Padar and Molnar were both slower. Nonetheless, they were able to run Romania down on the final leg yet again, beating them out at the finish.

I am wondering whether one they these two girls will join to the Milak-Nemeth duo to create a world class mixed free relay for Hungary. It is really a shame that only mixed medley is at the Olympic