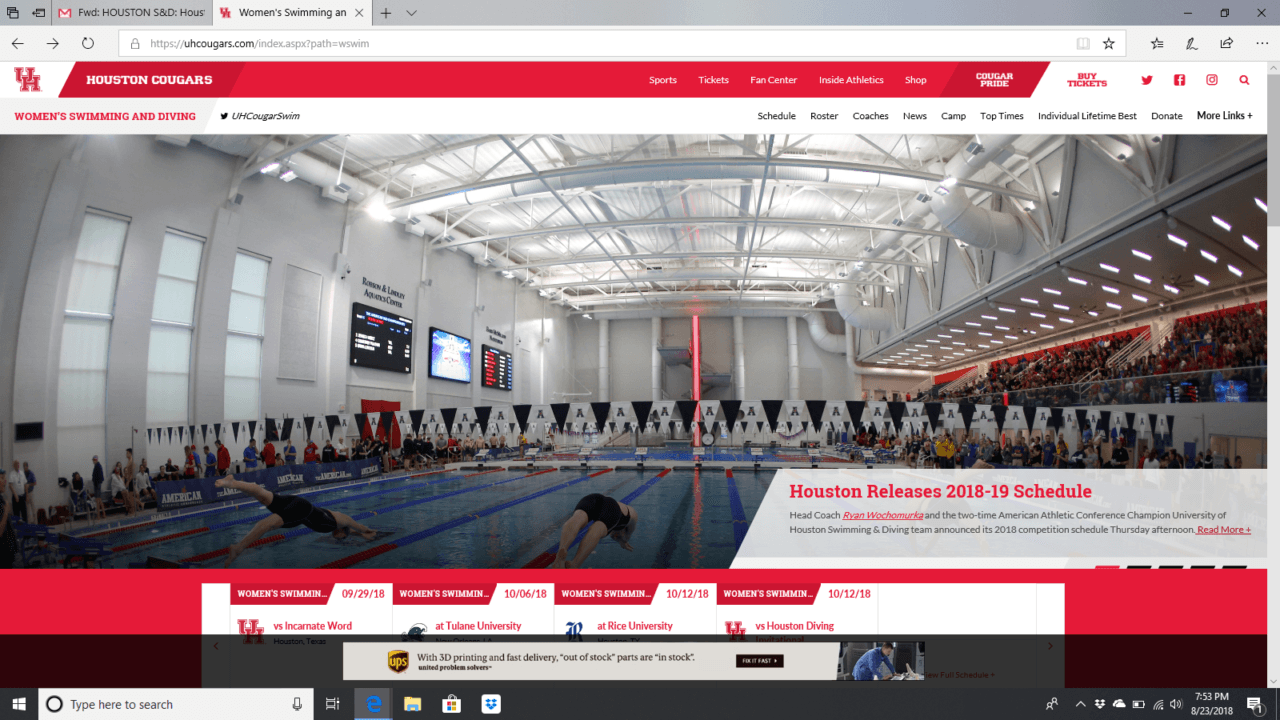 The defending American Athletic Conference champions are coming off their second conference championship in three seasons and an appearance at the 2018 NCAA Championships. Houston’s schedule features four home events at the Campus Recreation and Wellness Center, including the Phill Hansel Invitational and matchups with four SEC squads.

Prior to opening its 2018-19 season on Sept. 29 at the CRWC against Incarnate Word, Houston will hold a Red and White scrimmage on Sept. 20. The Cougars then travel to New Orleans to face American foe Tulane on Oct. 6 before heading back to Houston to take on crosstown rival Rice in the Rice Invitational Oct. 12-13. Houston will host the Houston Diving Invitational on the same day at the CRWC.

The Cougars head to Dallas for an Oct. 20 matchup with SMU and North Texas before returning home for the Phill Hansel Invitational slated for Nov. 16-18. The meet has become one of the premier meets for women’s teams over the past few seasons, and the Cougars have won this meet in two of the last three seasons.

Houston will open the New Year on the road with SEC matchups against Arkansas on Jan. 19 and in College Station against Texas A&M and Vanderbilt on Jan. 26. The Cougars will close out their road swing with a triangular against LSU and Rice in Baton Rouge on Feb. 1-2.