Too Hot to Handle: Fire Alarm Interrupts the Victory Proceedings at the DIII NCAA Champs; Final Wrap Up 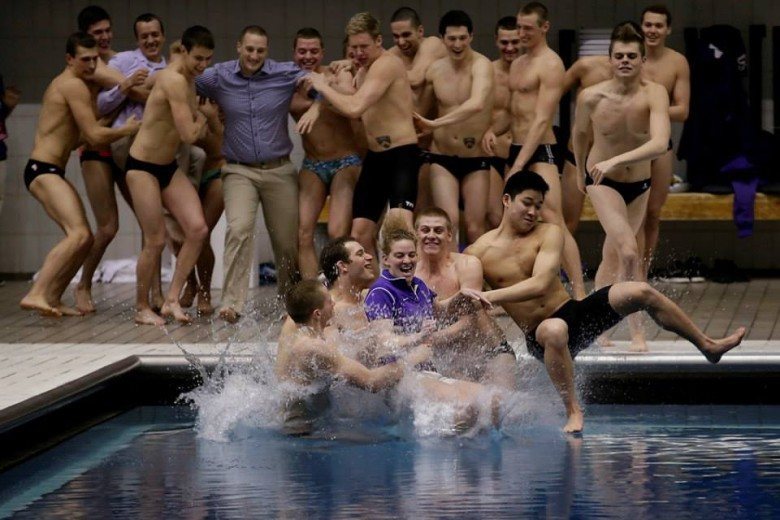 During the final announcements of point totals and the team celebrations, the fire alarm went off in the IUPUI Natatorium,... Current photo via AJ Mast

During the final announcements of point totals and the team celebrations, the fire alarm went off in the IUPUI Natatorium, forcing all visitors and athletes alike to vacate the building. No word officially on what happened, but the fire department and police did appear on the scene, leading one to believe it was not a drill. With many people having left during the fire alarm, it’s possible some people missed the final exciting moments of the 2014 NCAA championship once everyone returned inside. As a final recap of the four day meet at the NCAA championships, here’s a run down of how it all went down: Kenyon Lords have won their second title since Denison broke the 31 year streak. Emory has attained the fifth straight national championship on the women’s side. 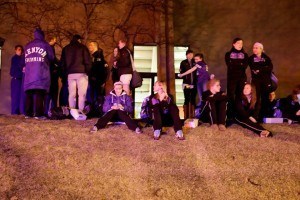 Kenyon swimmers and alumni group together outside during the fire drill that shunted all spectators and athletes into the cold at the 2014 NCAA Champs in Indy. Photo courtesy of AJ Mast. Emory’s Eagle women on the podium. This marks the fifth consecutive year that the Eagles have won the NCAA title. Photo courtesy of Emory Athletics.

The Kenyon Lords circle up to count off their national championships. As of this year, the total is 33. Photo courtesy of AJ Mast.

Swimmers, Divers and Coaches of the Meet

It’s nice to see the Division III coaches can recognize the excellence of a coach/team that did not challenge for the “Championship”, but whose swimmers performed beyond expectations.

There were so many teams that swam incredibly well this year, and many littler teams making themselves visible in the overall meet. It was incredible to see and a joy to watch the men and women of DIII competing at their best across the board.