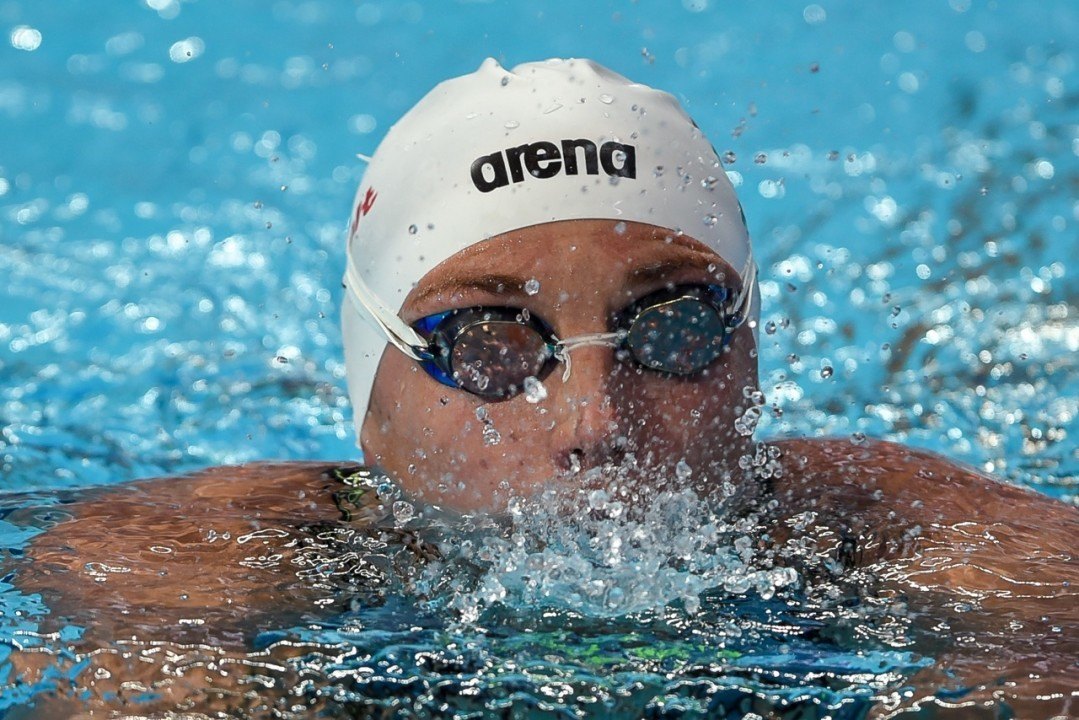 A shortened 2nd Cluster didn't have much effect on the FINA World Cup Series, as Katinka Hosszu and Cameron van der Burgh remained atop the point stndings after the turmoil of the Singapore stop. Archive photo via Peter Sukenik/www.petersukenik.com

Finals from day 1 of the 2015 Singapore World Cup Series stop have been cancelled due to haze. The Singapore…

A shortened 2nd Cluster didn’t have much effect on the FINA World Cup Series, as Katinka Hosszu and Cameron van der Burgh remained atop the point standings after the turmoil of the Singapore stop.

The cluster’s final stop in Singapore was shortened due to air quality concerns, so only the second day’s events earned World Cup points. Still, Hosszu and van der Burgh led the cluster points handily heading into the meet, and maintained their leads through the Singapore event.

The top 6 finishers in each gender will earn cluster bonuses starting at $50,000 apiece.

Neither Sakai nor Shirai/Nakamura/Elliot/Prudnikov/To etc… attended cluster #1 so where did you find their 12 points?

Good catch – we had a formula glitch in our spreadsheet that threw the first cluster points off on the men’s side. They are updated now!

Please note also that in cade of tie both swimmers get the points. Eg’two winners 12 each. – or two bronze 6 each

Dottore – That is correct, and I believe our points reflect that in all 3 ties that took place in Singapore.

I feel as though the difference between breaking a WR and tying a WR is a tad steep.

It’s a ten point difference for a basically immaterial and indistinguishable difference. Tying a WR should be worth at least 18 IMO.

The World Cup format is poorly devised. There are too many meaningless stops. 1 event per region Winner takes all should be the go. One European, one Asian, one Middle eastern stop. It can rotate every 3-4 years back to the same city.

Unless the best swimmers show to every stop the World Cup and post world class times the WC is meaningless.

Why are you upset that some ppl earn money from swimming?

As to where it is held , that would be cities putting their hand up.

And each stop should be 3 days not 2

Gina that is part of the problem. It is too much like work for the athletes and not enough like major international

… Competition. So from a spectator standpoint it is about as interesting as watching someone go to work for the day to earn a paycheck. The olympics or World champs or US Nationals by contrast (assuming the best attend) is not about money it is about seeing the very best swimming with the money secondary.