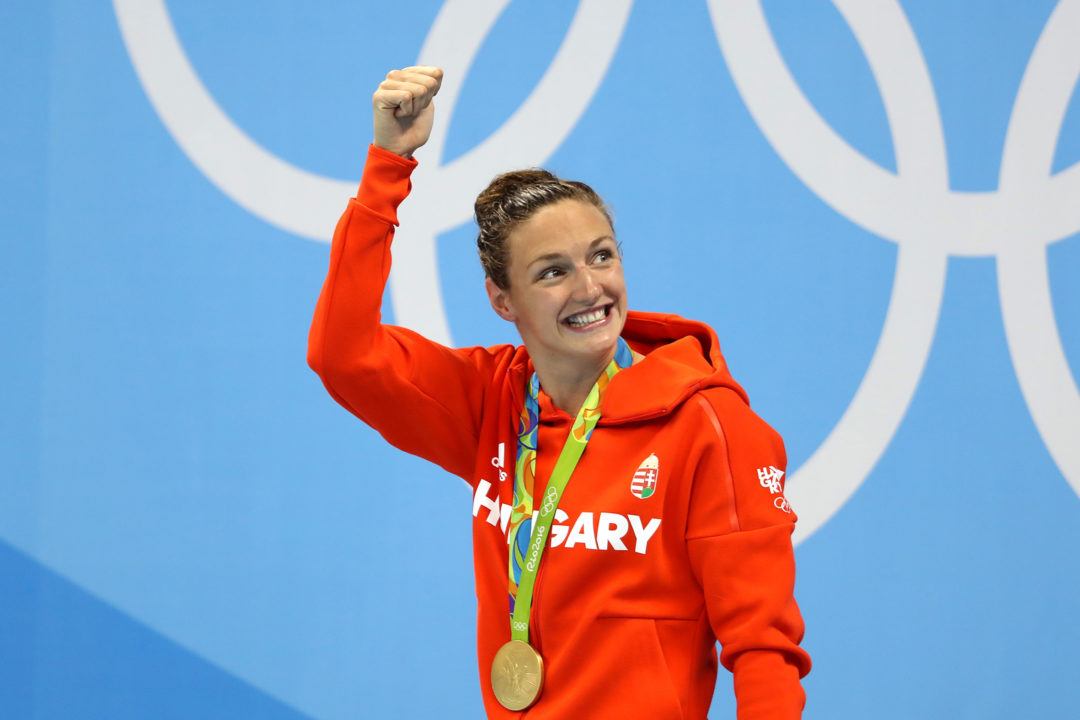 For the 6th consecutive year, Hungary’s Katinka Hosszu has won the FINA World Cup title in runaway fashion, with Russia’s Vladimir Morozov getting his first win on the men’s side.

Morozov picked up 2 medals today, one of them being gold. His victory came in the men’s 100 IM, an event in which he’s the World Record holder.

Tomorrow the best swimmers in the world will begin competition in the 9th and final stop on the 2016 FINA World Cup in Hong Kong.

Several of the best swimmers from around the globe were in Hong Kong this weekend, as they gathered for the final stop of the 2016 FINA World Cup series. Hungary’s Katinka Hosszu finished her dominant World Cup performance with 5 more golds.

The Ukraine’s Mykhailo Romanchuk completed his sweep of the 1500 free at all 3 stops of the final cluster. Today, he came within 3 seconds of his own World Cup record, winning the race in 14:18.53

Very good second place for Brooke Forde in the 400 IM in 4.29.66. Probably the best performance of the entire young US squad in these last 2 world cups.

Agreed on Brooke’s 400im. Great race. Meehan at Stanford will enjoy her beginning next year. But 14 years old Regan Smith was excellent too. Made four finals and missed several others by hundredths of a second. Had really impressive 2:04.77 in the 200 back and 58.13 in 100 Back. Other races like 100/200 free and 100 Fly were great too. She ranks, at 14, very high in many all time 18 & under SCM races according to USA swimming stats. Bet we see her on the National Team next year. A great deal of continued improvement ahead. Will be fun to track.

I agree with this. To see streaming video with 14 year old between Hosszu and Seehbom was interesting and amusing. She didn’t show nerves although they handled her each time. She will strengthen over the next years and challenge even more. Her temperament and skills are excellent combination.