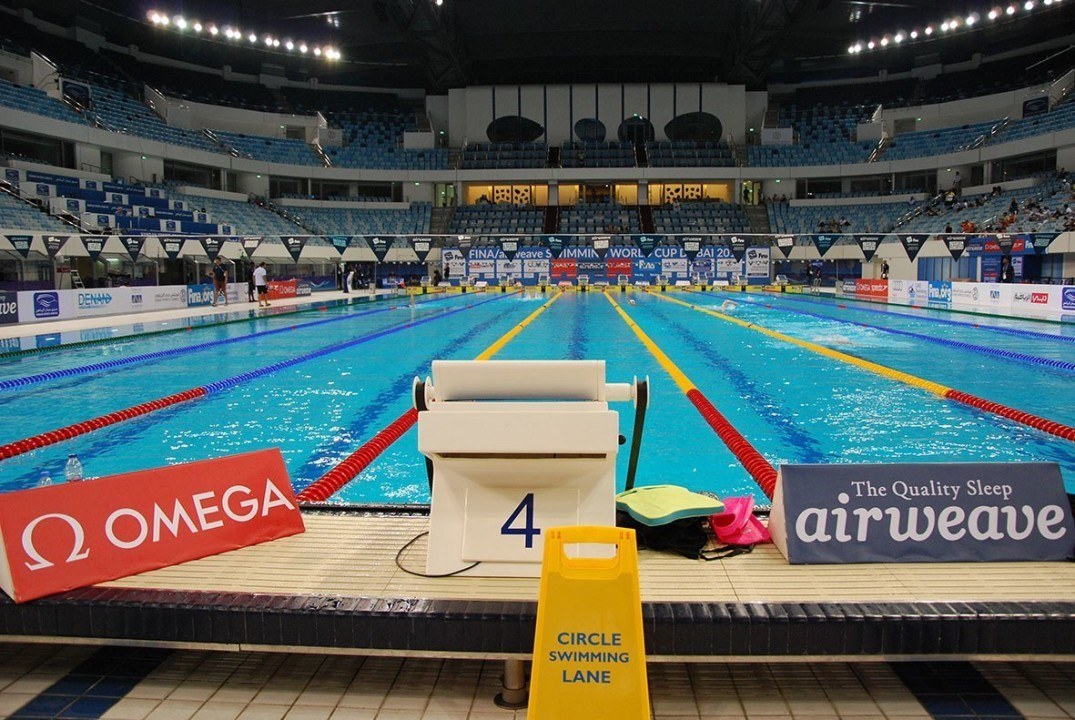 The World Cup entourage traveled from Beijing, China, to Dubai in the United Arab Emirates where the second meet of the second cluster will take place on Tuesday and Wednesday.

In the start lists are many familiar names because the bonus for a top 6 position in a cluster will be paid only when a swimmer participates in three events of one cluster – Beijing, Dubai and Doha are the three cities in the current FINA World Cup cluster.

Athletes in the top 6 – in line for the cluster bonuses – are listed in bold.

Katinka Hosszu is set to swim in her “normal Iron Lady mode” 17 events – all women’s events.

There is no country with a huge team – Australia started with more swimmers like world champions Emily Seebohm and Mitch Larkin in the first cluster (Chartres, Berlin, Moscow). In the second cluster it is up to Bobby Hurley and Jack Gerrard to fight for World Cup points and podium places on the men`s side. Australia’s 2016 Olympic silver medalist (200m butterfly) Madeline Groves is joined by Brittany Elmslie in the second Word Cup cluster.