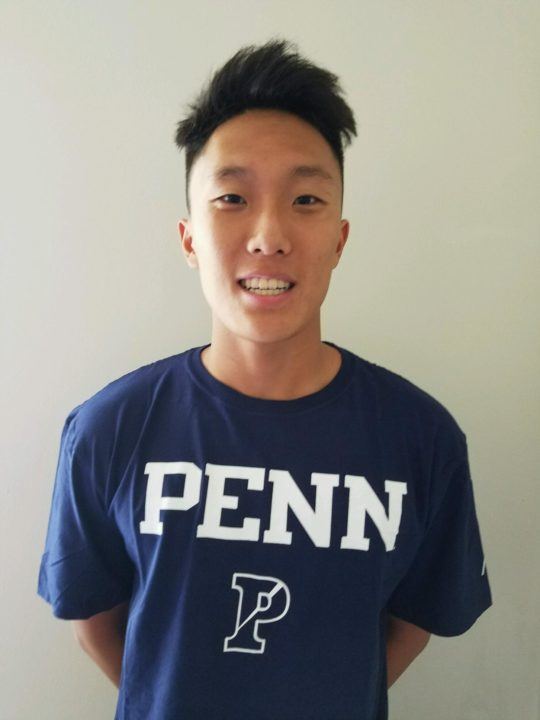 Sean Lee from Loyola High School in California and Swim Pasadena has verbally committed to the University of Pennsylvania. Lee...

Sean Lee from Loyola High School in California and Swim Pasadena has verbally committed to the University of Pennsylvania.

Lee is the defending CIF – Southern Section Division I (big schools) champion in the 200 IM and also led Loyola to the last year’s team title.

Even if his best times in yards aren’t the best he’s capable of, his best times are already enough to score over 30 points at the Ivy League Championships.

In the IMs he’ll find as a training partner Mark Andrew, who was the Ivy League Champion in the 400 IM and 3rd in the 200 IM as just a freshman last season.

*DISCLAIMER: Lee has not yet been officially accepted to Penn. As is true with all Ivy League schools, Penn’s Admission Office will not send its acceptance letter until the beginning of December, along with those of all Early Action candidates. The procedure for a recruited athlete like Lee is for Admissions to review his transcripts and SAT scores, “support his application for admissions in the fall,” issue him a Likely Letter, then offer him acceptance into the class of 2021.

Sean Lee is the such a remarkable young man! So happy to see him pick such an incredible institution and can’t wait to see what he accomplishes as a Quaker!

Sean Lee is the next Chris Swanson