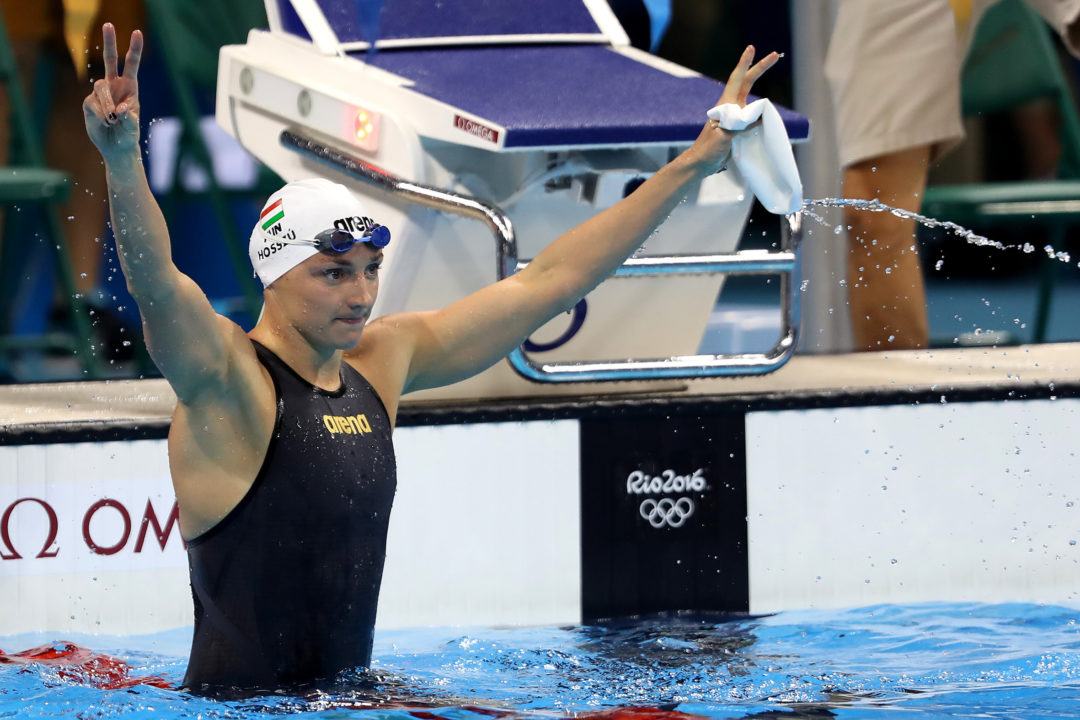 Hosszu added 45 points in Berlin to climb to 258 total for the series. She sits 137 ahead of Alia Atkinson, and appears locked in for the biggest of the first cluster bonuses, which will be awarded after this weekend’s stop in Moscow.

Here’s a look at the scoring system:

For the second-straight meet, Atkinson and Morozov earned the biggest performance bonuses.

The top 6, in line for five-figure cash bonuses at the end of the cluster, are listed in bold: