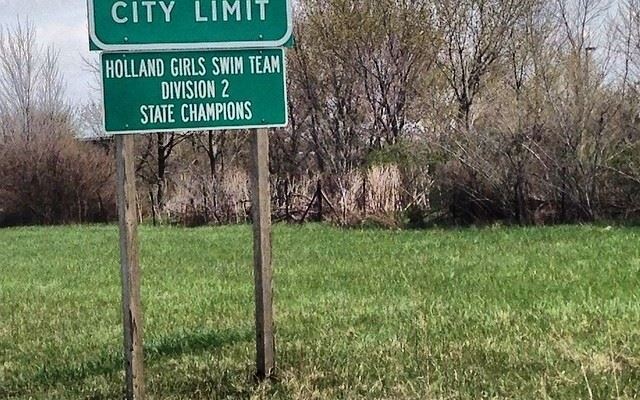 Holland High School, a Michigan powerhouse and three-time defending Division 2 state champions on the girls side, has turned to former Holland standout Sam Soukup to lead its boys and girls programs. Archive photo via Braden Keith

Holland High School, a Michigan powerhouse and three-time defending Division 2 state champions on the girls side, has turned to former Holland standout Sam Soukup to lead its boys and girls programs. Soukup will be Holland’s third in as many seasons.

Soukup is just 24 years old, a graduate of the high school back in 2008. But he’s no stranger to swimming success, winning a state title in his years at Holland and swimming four seasons for Grand Valley State University.

The Holland girls won their third-straight Division 2 state title this season, and the boys claimed the state trophy as recently as two seasons ago.

Soukup won his own state title with Holland in his junior season under longtime coach Don Kimble. Don Kimble left Holland prior to this season to take a coaching and aquatics director job at Byron Center High School, and his son Dan took over for a season, winning that girls state title before resigning. Now that torch will be passed to Soukup, who will look to carry on the legacy set by his former coach at his alma mater.

You can read more about Soukup’s hire in the Holland Sentinel here.