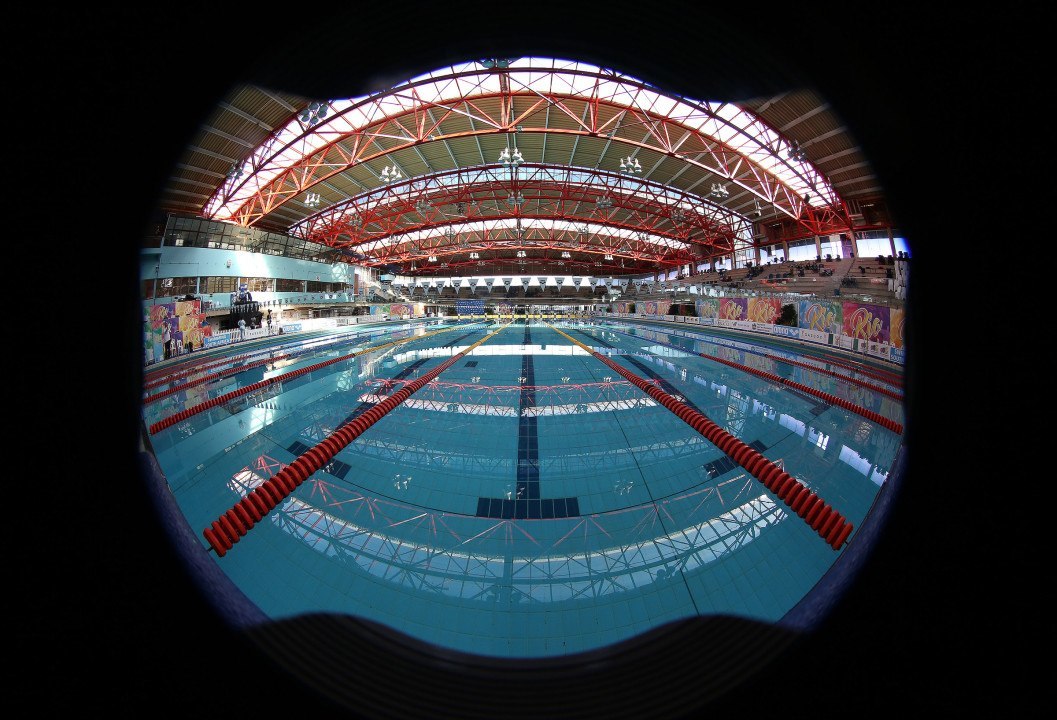 South African coach Graham Hill is publishing a series of videos entitled "The Hill," in which he expounds on the state of South African sports, especially swimming. Archive photo via Anesh Debiky/Swim SA

South Africa’s National Team Head Coach, Graham Hill, has begun to release a series of YouTube videos collectively entitled “The Hill,” which seems to be a sort of manifesto.  Hill, who was 2012 gold medalist Chad Le Clos‘ coach for 16 years, until just last month, is using these videos to explain where South African sport, and swimming in particular, sits relative to other countries in the world.

In the first episode, below, Hill focuses on the theme of sacrifice.  He specifically mentions Le Clos, Darian Townsend, and the former South Africa swimmer Charlene Wittstock, now the Princess of Monaco.

The second episode features the classics 90s hit “Wonderwall” by Oasis, perhaps because Hill points to the 90s as something of a highwater mark for South Africa’s sports teams:

“People forget what sport was like in the 90s…we used to go out there and compete.”

“Why we did it?  Because we believed we could do it.”

South Africa had some great success at the 2004 Athens Games, including a dominant win in the 4×100 freestyle relay, but has struggled as a team since then.  No South African swimmers won medals in 2008, and all of their medals in 2012 and 2016 came from the duo of Cameron van der Burgh and Le Clos.  As Hill alludes to, the female team seems to have lagged behind the men, with no easy answer as to why.  Additionally, Swimming SA has struggled to support its swimmers financially.  Finally, some swimmers, like Darian Townsend, have left the country to continue training and competing elsewhere.