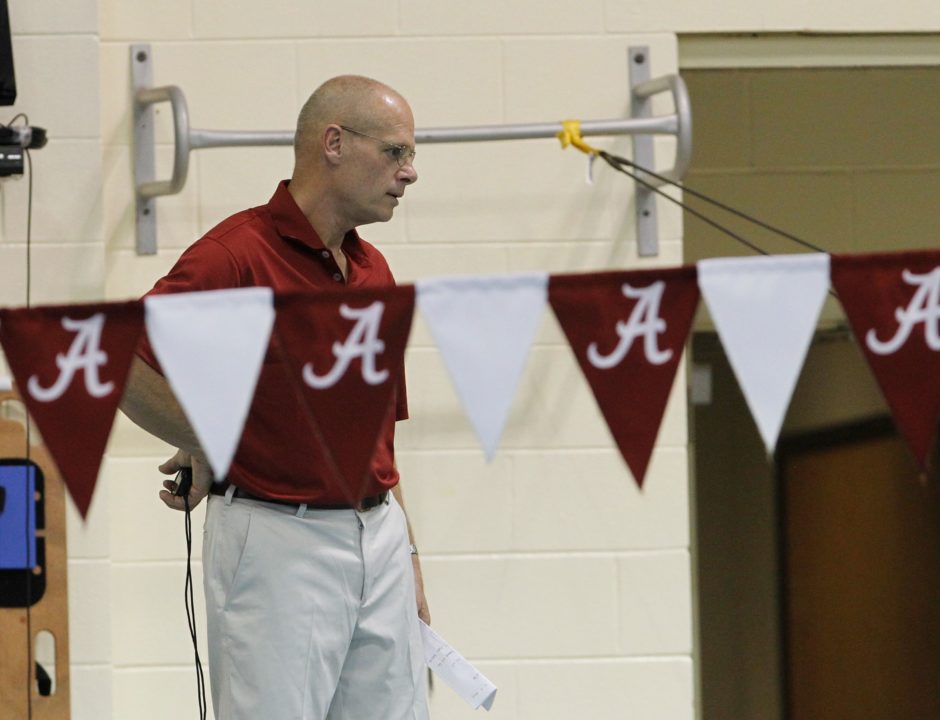 The Alabama women have a new verbal commitment on their hands, as Alabama High School State champion Maria Reed has announced her intention to join the Crimson Tide next fall. Archive photo via Alabama Athletic Department

The Alabama women have a new verbal commitment on their hands, as Alabama High School State champion Maria Reed has announced her intention to join the Crimson Tide next fall. Reed is a member of the City of Mobile Swim Association, and will graduate from Baker High School.

Reed is primarily a sprint freestyler, with her State Championship title coming from the 100 freestyle during the 2014-15 season. She also shows some promise in butterfly, having placed 4th in the 100 fly at the 2016 SES Championships.

Reed should have an immediate impact through her contrbution to the sprint free relays. Her times would put her among the top 6 50 freestylers and top 3 100 freestylers on Alabama’s current roster. She’ll also help them fill the gap left by Bailey Scott, the 50 free school record holder, who will be graduating after this season.

At Alabama, Reed will join a sprint free group that includes Morgan Fleming and Temarie Tomley, who each scored in one of the sprint races at the 2016 SEC Championships.