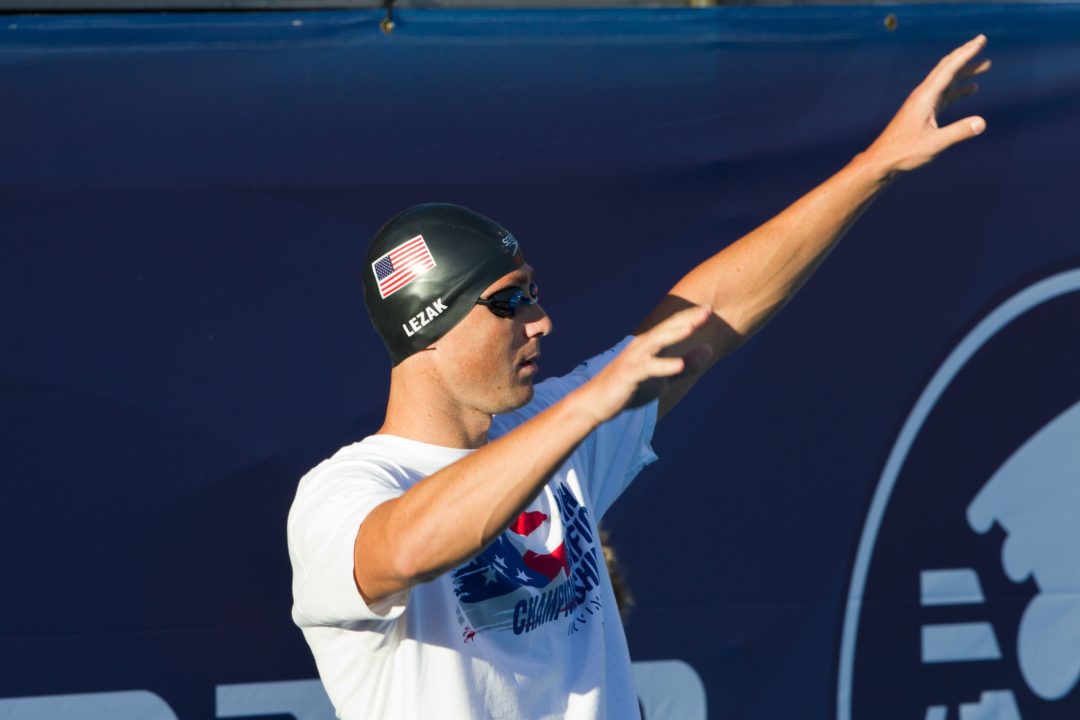 On August 11, 2008, Lezak defied the odds to produce the fastest 100 freestyle split of all-time to run down France and win gold in the men's 400 free relay. Stock photo via Tim Binning/TheSwimPictures.com

Laure Manaudou breaking the 200m freestyle World Record in 2007, a year that was filled with highs and lows for the illustrious French star

As we approach the 2018 Winter Olympics in Korea, the Olympic Park in Seoul, is a must see.

50 years ago, Italian swimming faced the worst disaster in Italian sports history when seven members of its national team and a coach perished in a plane crash near Bremen, Germany.

Ten years ago the South African men stunned the world and destroyed the field in the 4x100m freestyle relay in Athens. Here is how it went down.

Those were the words said by Rowdy Gaines as Jason Lezak dove in trailing France’s Alain Bernard by just under six-tenths of a second (0.59) for the anchor leg of the men’s 4×100 freestyle relay at the 2008 Olympics. And who could blame him?

As acknowledged by Gaines on the NBC broadcast prior to the race, on paper, France had the better team. Amaury Leveaux had broken the individual 100 free Olympic Record leading off in the prelims, Fabien Gilot had been sub-48 that year, and Frederick Bousquet had unleashed the fastest relay split in history in the heats in 46.63.

Bookending the team was Bernard, who had set the individual world record less than five months prior in 47.50. While Lezak had set a new American Record at the U.S. Olympic Trials, just shy of Bernard’s mark in 47.58, making up that 0.59 seemed like a herculean task. And it was.

Michael Phelps, whose goal of winning eight gold medals at the Games (requiring an American win to keep that hope alive) added another layer to the narrative, broke Lezak’s AR opening up in 47.51, second to Aussie Eamon Sullivan who broke Bernard’s world record in 47.24. Leveaux was four-tenths back of Phelps in 47.91.

Garrett Weber-Gale, who was making his Olympic debut swimming second, was nine-tenths under his Trials-winning time in 47.02 to slightly extend the U.S. lead as Gilot split 47.05 to put France second.

Everything changed on the third leg, as Bousquet matched his prelim leg in 46.63 to out-split Cullen Jones (47.65) by a full second, handing Bernard that 0.59 lead coming into the anchor.

The U.S. hadn’t won this relay at the Olympics since 1996, having lost an epic showdown with Australia in 2000 and then got blown out of the water by the South Africans in 2004. So, the team’s fire was already pretty lit. Adding fuel to that fire? Bernard claiming the French would “smash” the Americans. There was a lot at stake here as the six foot five Frenchman dove in with Lezak hot on his tail.

Bernard absolutely torched the opening 50, splitting 21.27 to the feet (which was actually under the 50 free individual world record of 21.28 at the time) to extend his lead over the Americans to 0.82 seconds. Lezak, too, was out like a mad man in 21.50.

“The United States trying to hang on to second, they should get the silver medal,” Gaines’ play-by-play partner Dan Hicks said as the two broke out onto their second 50. “Australia is in bronze territory right now… but Lezak is closing a little bit, on Bernard! Could the veteran chase him down, and pull off a shocker here?”

Bernard, clearly starting to lose stroke efficiency as he tightened up, begins swimming on the left side of his lane. Lezak jumped on his wave, swimming as far right as he could, and began to run down France.

It was with about 15 meters left that Lezak turned on the nitrous.

“Bernard is losing some ground, here comes Lezak, unbelievable at the end, he’s done it! The U.S. has done it!” said Hicks.

Lezak went on to add another gold in the medley relay and an individual 100 free bronze in Beijing, while Phelps’ quest of winning eight gold medals at a single Games was successful, completed by Lezak on the anchor of that medley relay no less.

Over the last 12 years we have yet to see a 100 free relay split faster than Lezak’s, even through the 2009 super-suit era. At the 2019 World Championships, Duncan Scott came the closest, splitting 46.14 to give Great Britain an epic win in the men’s 4×100 medley relay.

Watch the anchor leg with NBC commentary, via City Of Manchester Swim Team on YouTube, below:

You can also watch the full race with no commentary via the Olympic YouTube channel here (the race starts at 5:40).

I’m not a huge fan of Rowdy as a commentator … he makes the sport more exciting for nonswimmers and that’s important but sometimes his ‘analysis’ is just bad.

If I hear him talk about not being able to see the competition because the swimmer is breathing away, I mute my TV. What is unbelievable about it is that he was in so many races over the years. Does he have bad peripheral vision where he can only see what is in front of him? As a swimmer I never experience this so for him to be so set on it means to me it was something that he experienced as an athlete, mind boggling.

No matter how times you watch it, it’ll always put a smile on your face. Sort of like the hopeful feeling you get by listening to Beethoven’s 9th during troubled times.

I have yet to watch that without getting goosebumps and I’ve watched it at least 100 times in the last year.

A fall from grace for French swimming as evident by the medal tally at the 2019 FINA World Aquatics Championships.

“The Americans? We’re going to smash them.”

Look who is talking now.

A classic! I’ll always remember watching this one and how so many non swimmers got excited about the race. I hadn’t realized how fast some of the other splits weee from both teams… crazy race!! 46s everywhere. Also a fun fact about Bernard being out faster than the 50fr WR… that’s nuts to think about someone going out under the current WR of 20.9…

It’s for moments like these that I can put up with Rowdy’s generally god-awful commentary.

That swim was a clinic!!! Jason was ice cold, mastered the art of drafting and knew the perfect timing to attack a panicking Alain Bernard