Here Are the NCAA Champions Returning for the 2022 Championship Season 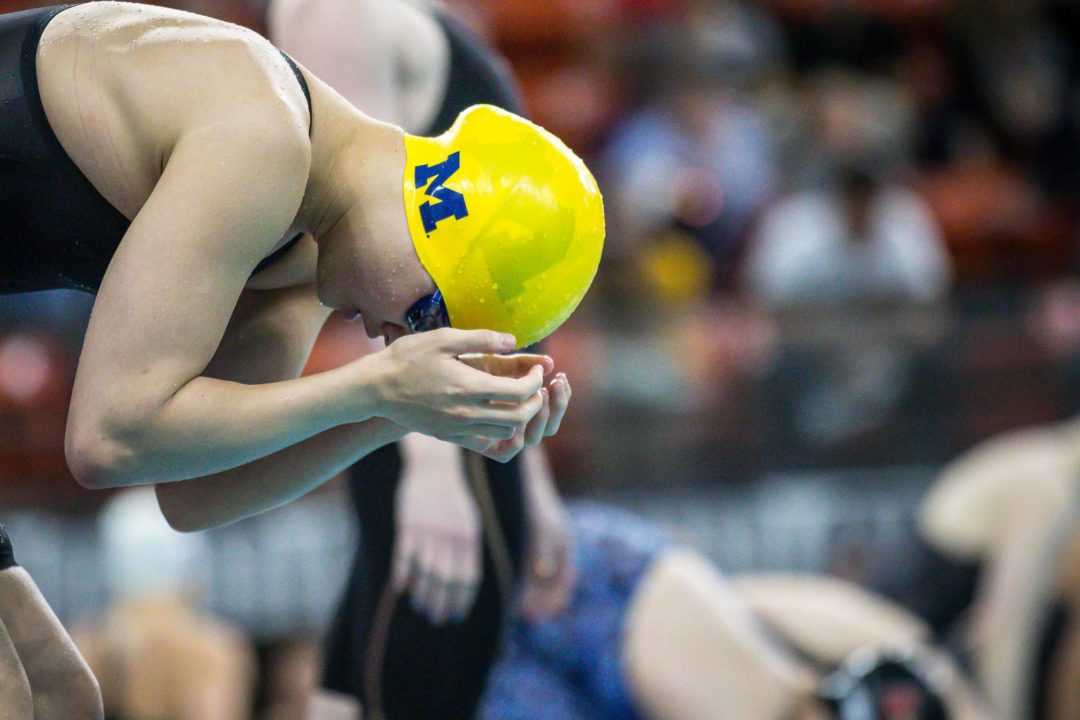 Take a look at who left and who's staying, including Maggie MacNeil, our Swammy winner for NCAA Female Swimmer of the Year. Archive photo via Jack Spitser/Spitser Photography

The 2022 NCAAs are scheduled to take place March 16-19 for women and March 23-26 for men. SwimSwam took a look at last year’s NCAA championships to see who’s coming back and who’s gone for good.

Other competitors won’t be returning, even though they might have qualified. Shaine Casas went pro this year instead of rounding out his time at Texas A&M. He won the 200 IM and 100 and 200 back at the 2021 NCAAs, and he won the 2021 Swammy for NCAA Male Swimmer of the Year.

Jordan Windle, the NCAA champion on the 1-meter board, was suspended by the U.S. Center for Safe Sport on allegations of misconduct. The NCAA, as of 2020, is not required to enforce the suspension, but Texas has suspended him from all team activities.

Some key players from last year’s championships are returning, like NCAA Female Swimmer of the Year Maggie MacNeil. She’ll be representing Michigan as a senior. Virginia sophomore Alex Walsh is returning, this year competing with her sister and other swimming phenom Gretchen Walsh, a freshman. Olympian Kate Douglass is also returning for Virginia.

The breaststroke king and queen from last year – Max McHugh and Sophie Hansson – are both returning as seniors. Hansson has also spent this season on the international scale, breaking the Swedish record in the 50 and 100 breast.

Other swimmers who have been successful on the international scale, like Kieran Smith and Bobby Finke, will also be returning.

As for relays, the swimmers for Cal women’s 200 free relay, the NC State women’s 400 medley relay, and the Louisville men’s 200 medley relay are all returning.

Look at the list below for every champion who’s returning, and who’s leaving:

Don’t get me wrong, but I feel as if Regan’s butterfly hasn’t been extremely savvy following the Olympics. This could simply be because of not being tapered in mid-season, but her season Bests times in both the 100/200 Fly aren’t exactly where she should be. I see her taking on the 100/200 Back and possibly the 200 Fly, but her best bet is that 200 Back in SCY. I see Alex Walsh going strong with her versatility, taking on the 200 Fly and the 200/400 IM. Kate probably will do the 50 Free, 200 Breast, and 100 Fly

At the IU last chance meet…

Alright who’s scoring the most points Maggie kate or regan

That’s a great question. The answer might come down to event choice.

Does she want to take on Maggie head to head in the 100 fly? Something about UVA’s culture tells me that Kate isn’t going to run away from Maggie in the 50 free, but will Maggie drop the 50 free and do… Read more »

Given Gretchen Walsh’s solid performances throughout the Fall, I’m excited to see if she can compete with these three as well. Imagine a showdown between Douglass, Macneil, and G. Walsh in the 50 or 100fr – excited for NCAAs this year!

I think Regan Smith should be the betting favorite. MacNeil, Douglass, A. Walsh, G. Walsh, and Huske will probably have to face each other too often to out score her.

Regan has to deal with White, Bacon, Berkoff among others the backstrokes, which is just brutal. Maybe even Maggie in the 100. I would put her odds worse than the others, at least until I see her do the kind of fast yards times she was doing in 2019.

Torri Huske or Alex Walsh could end up scoring the most. Alex has a path to sweep the IMs and win the 200 fly or at least finish top 3. Torri could win any of 50/100/200 frees, 100/200 fly, possibly the IM. Will anyone win all three events this year like Paige did last year? I think it’s unlikely.

Tbh she has the best shot at the 200 free/fly, the 50/100 free and the 1fly is just so incredibly competitive but I definitely think she’s still gonna swim the 100 because she will most likely be second behind maggie or even get the upset (although I don’t think its likely)