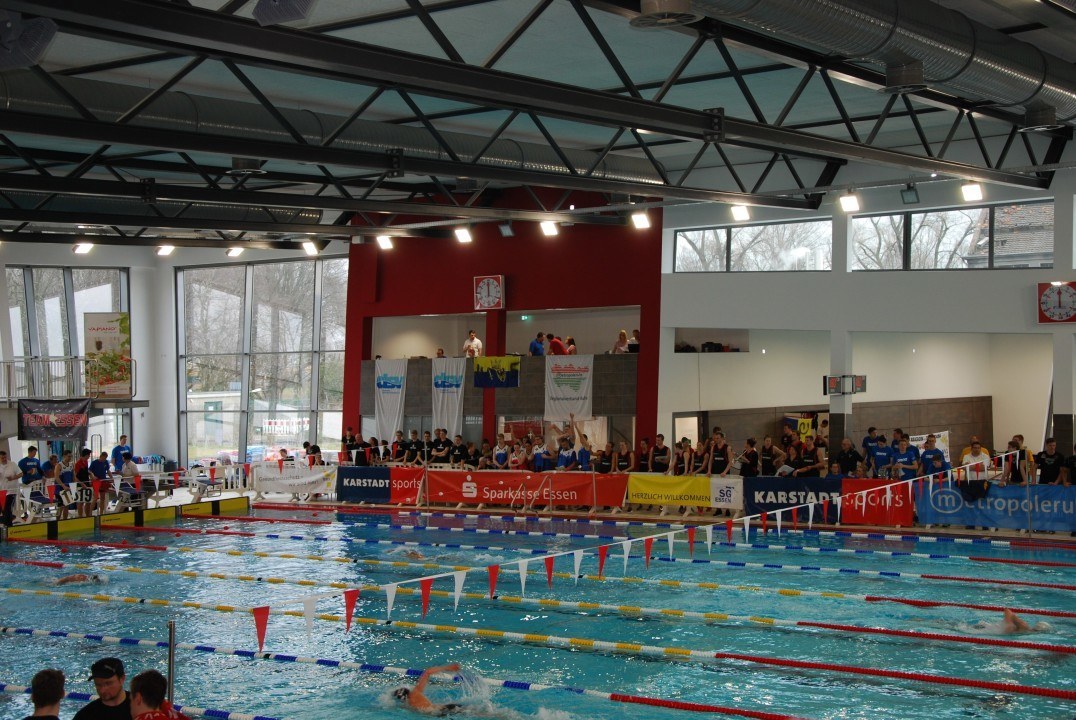 The German National Team Championships are an event for German swim clubs – each club must swim the Olympic program over three sessions (two on Saturday, one on Sunday) but there are no relays. Every swimmer is only allowed to swim in 5 different individual short course events – but the scoring system rewards those who stay entered and don’t scratch races. Nearly all German top swimmers compete in Essen in the top league, including names like Franziska Hentke, Dorothea Brandt, Isabelle Härle, Caroline Ruhnau, Alexandra Wenk., Hendrik Feldwehr, Christian Diener, Yannick Lebherz, and Florian Vogel.

All top swimmers are untapered for this meet because of their preparations for the Olympic Games, but nevertheless they showed some solid performances today: Top scorers were Sarah Köhler (SG Frankfurt) with 4:02,25 on the 400 m freestyle, worth a respectable 907 points; and Franziska Hentke (SC Magdeburg) on the 200 m butterfly in 2:04,42 minutes, that are 914 points for her team.  On the 100 m butterfly, Hentke clocked 58,20 seconds and 8:25,62 minutes on the 800 m freestyle – so she has completed three out of five allowed races per swimmer.

Sören Meißner (SV Würzburg 05) posted a 14.50,53 in the 1500 m freestyle. His teammate, Hungarian Maxim Lobanovszkij,  finished in 21,72 in the 50 m freestyle.The team of the SV Würzburg 05 also has an US swimmer in the squad – a graduate of the University of California, Berkeley, Tony Cox. He scored for his team in the 50 m free in 22,24, 100 m butterfly in 52,48 and 100 m backstroke in 52,11 seconds. Alexandra Wenk again shows her versatility with good perfomances in the 200 m IM in 2:08,94 and the 100 m freestyle in 53,91 seconds – her team are the Stadtwerke München. Alexandra tops Dorothea Brandt in the scoring in the 100 m freestyle – Brandt finished in 54,67 seconds.The SG Essen has become the top spot for Germany’s best breaststroke swimmers – Caroline Ruhnau touched in 1:07,90 in the 100 m breaststroke, her teammate Hendrik Feldwehr finished in 0:59,14 minutes. Damian Wierling collected important points for the SG Essen with his 47,19 in the 100 m freestyle. So did Jan Philip Glania for the SG Frankfurt: 51,93 on the 100 m backstroke and 52,67 on the 100 m butterfly.Last year’s men’s champion, the 1. Potsdamer SV, seems not able to fight for the title again – they have some deficits because of injuries and some swimmers retired last year. But Christian Diener swam a solid race with a time of 1:53,53 minutes in the 200 m backstroke. 17-year old Laura Riedemann (SG Halle/Saale) finished under one minute in the 100 m backstroke – her time: 59,86 seconds.The last session will be held tomorrow morning – and the winning teams will be the first German Champions of 2016.

Caroline Ruhnau heading to the turn. 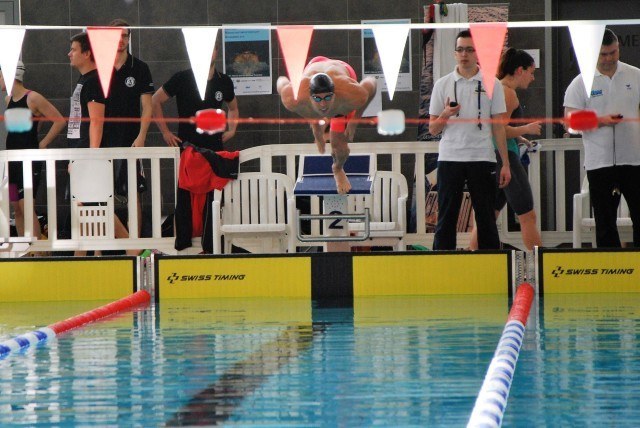