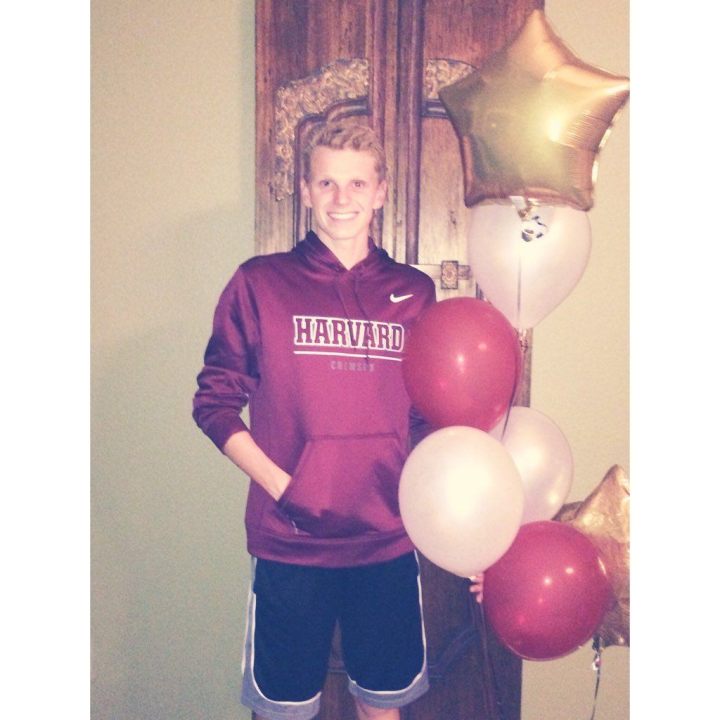 Logan Houck, an Olympic Trials qualifier in the mile, has made a verbal commitment to Harvard for 2015-16.

Add one more distance freestyler to the Crimson’s roster for 2015-16: Sandpipers of Nevada’s Logan Houck has given his verbal commitment to Harvard.

“After my recruiting trip and discussing it with family, teachers, and my coach, I realized I am a Harvard boy at heart. The team and coaches at Harvard truly sealed the deal. I always wanted a mix of both academics and athletics, and feel that at Harvard, my collegiate experience will be everything I can hope for.”

Harvard has received recent verbal commitments from two other distance swimmers: Gavin Springer and Brennan Novak. The three taken together are complementary; Springer and Novak are faster in the 200 and 500, whereas Houck is the strongest in the 1000 and mile. Houck’s recent times are:

Houck was the fourth 18-and-under finisher in both the 10K and 5K at USA Swimming’s Open Water National Championships at Castaic Lake this summer. He made the Junior Pan Pacs team on the basis of his 10K finish (the 18-and-under champion, Blake Manganiello, aged up before the competiton, so the next three were invited).

*DISCLAIMER: Houck has not yet been officially accepted to Harvard. As is true with all Ivy League schools, Harvard’s Admissions Office will not send its acceptance letter until the beginning of December, along with those of all Early Action candidates. The procedure for a recruited athlete like Houck is for Admissions to review his transcript and SAT scores, “support (his) application for admissions in the fall,” issue a Likely Letter, then offer him acceptance into the class of 2019.

It’s a turn of speech that is widely understood to mean the 1500. If it bothers you that much, think of it as a nickname, like “splash and dash” instead of 50 free.

Would you please clarify what “free” means? Was he swimming the front crawl? Butterfly? Sidestroke?

You’re right, should have been more specific 🙂

Congrats to Logan! He seems more like an Alex Meyer type of swimmer, where he can do decent pool swimming as well as Open Water!! I’m pretty sure he was on the Jr. Pan Pac team for open water.