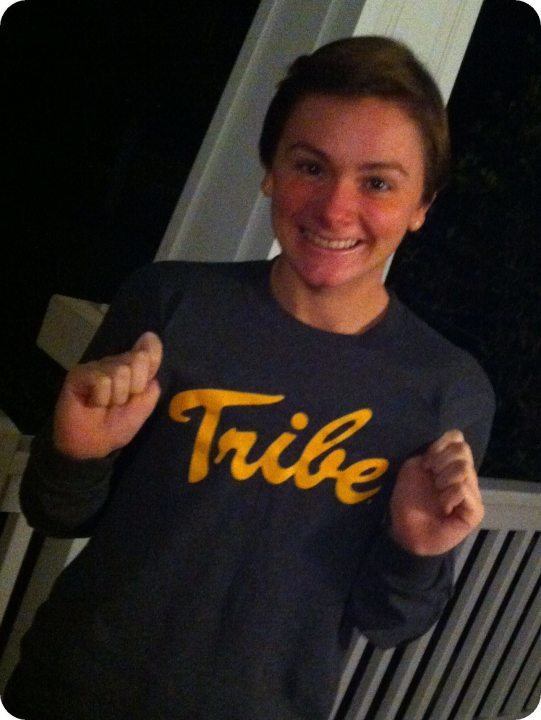 Apex, North Carolina's Claire Williams has made a verbal commitment to swim for William and Mary.

Claire Williams, a national-level breaststroker and USA Swimming Scholastic All-American, has verbally committed to the College of William and Mary.

“I loved the energy and camaraderie of the Tribe! It seems that everyone is there to challenge themselves and their teammates. My impression of William and Mary is that it is a very special place and I can’t wait to be a part of it!”

A captain for the Apex High School swim team, Williams placed seventh in the 200 IM and fourth in the 100 breast at the 2014 North Carolina 4A High School State Championships. Her top times over the last two seasons are:

Williams will be a strong asset to the Tribe. Already both her 100y breast and 200y breast would have been solidly in the A-final at the 2014 CAA Championships. Her 200 IM would have just missed scoring in the top 16 (the CAA only swims two finals), but she dropped a full second in the IM this past short course season so she may have more improving to do.

One thing is certain, there will be some spirited racing going on when William and Mary confronts Davidson in the 2015-16 campaign. Williams’ older sister, Katy Williams, is a breaststroker at Davidson and the two will likely race against each other. For the moment, Katy is faster at the 200 while Claire has the edge in the 100.

Williams told SwimSwam she is looking forward to the academic encounters that William and Mary has to offer as well as swimming for Coach Crispino and the Tribe next year.

She is grateful to her family for their support in her 10 years of swimming and is especially thankful for the opportunity to swim for YOTA. She appreciated her coaches, Chad Onken, Jack Roney and Nick Walkotten guiding her and pushing her these past four years to reach her goals.