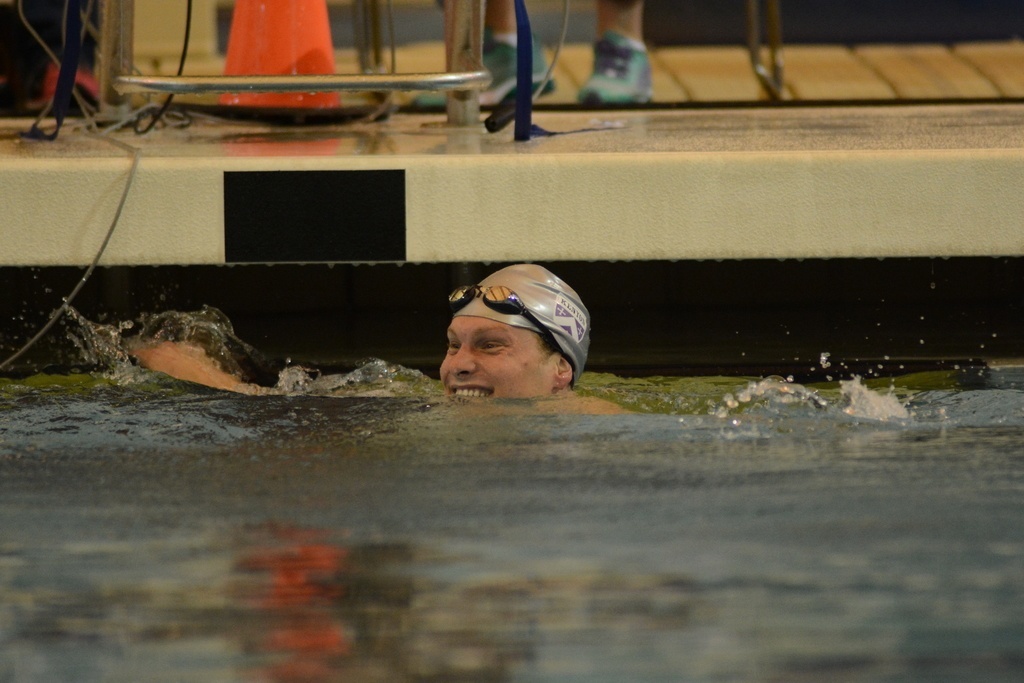 Harrison Curley claims his second National title and resets yet another NCAA record in the men's 200 backstroke.

In his fourth performance bettering a national standard at this meet, Harrison Curley of Kenyon took control of the men’s 200 backstroke and crushed the record he had set this morning in prelims. The record Curley broke this morning was a 1:44.81 established in 2013 by Grinnell’s Michael Brus. In the morning, Curley was a 1:44.79, just squeaking under Brus’ record. Tonight, he smashed it.

Curley’s final time was a 1:43.49, dropping 1.3 seconds off his morning swim. Also under the record set this morning was runner up Kevin Lindgren of USMMA in a 1:44.08.