Hannah Miley Hoping To Make It A Commonwealth Three-Peat 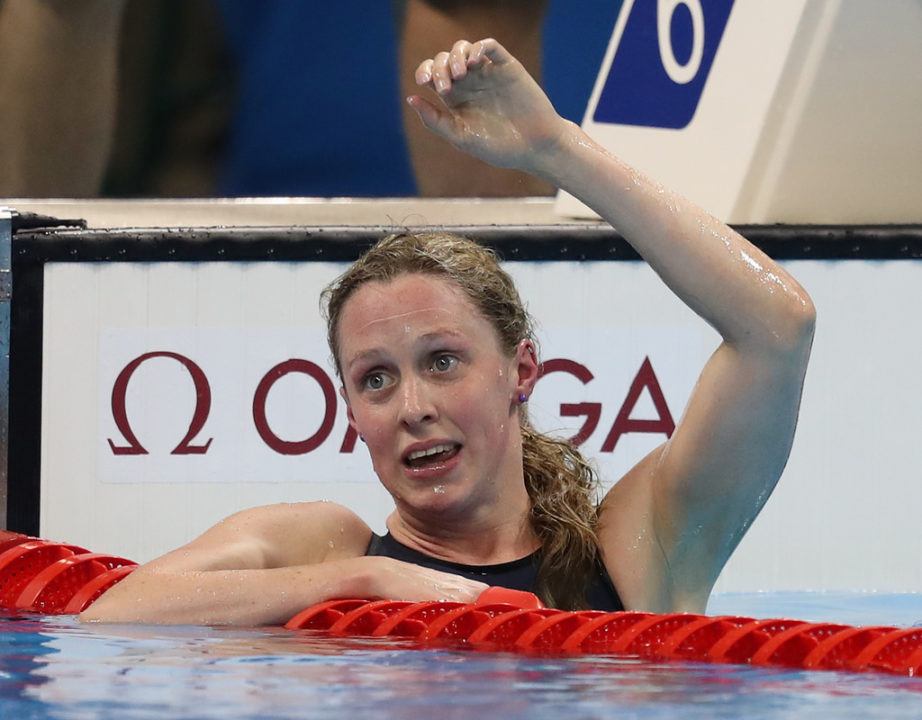 "I swim a lot of races, because it gives me an indication of my physical state," says Hannah Miley. Archive photo via Ian MacNicol/ScottishSwimming

You’d be hard-pressed to find an elite competition’s 400m IM final void of Scottish swimmer Hannah Miley and now the 28-year-old is headed for potential national history. Miley, who calls the Aberdeen Sports Village Aquatics Centre her training home with her dad doubling as coach, will be looking to become the first Scot ever to win 3 consecutive Commonwealth Games titles across any sport.

The relatively small-in-stature Miley, listed as 5’5″, won the 400m IM title at both the 2010 Games in Delhi, as well as the 2014 Games in Glasgow. Thus far, only Australian swimmers have accomplished the triple title feat, with Petria Thomas sweeping 3 Games’ worth of 100m fly titles and Leisel Jones accomplishing the three-peat across the 100m and 200m breaststroke events.

Speaking to the UK’s Evening Express this week, Miley states, “I’m very aware there’s a big opportunity there, but I’m having to put that to one side as it’s an extra pressure for my mental preparation.

“I need to make sure I go into this race, give it everything I’ve got and, whatever the outcome, I can walk away still feeling happy I’ve tried it and given it my all.”

She and her coach father, Patrick, are devising a game plan to get the multi-World Championships and Olympic finalist to that result, one that involves continuing to compete throughout her training.

“One of the reasons I still have my dad as my coach is because his planning and attention to detail works for me. It’s hard to predict what needs to be worked on, but I use competitions as markers.

“I’ve got the British championships coming up in March, so that’s a good opportunity to work out what are the last bits to fine tune.

She says, “I always find, if you’ve got two or three weeks to go (before a competition), whatever you do is not going to have an impact. You’re not going to see the benefits of any working block you do until maybe six months down the line.

“That’s why there’s so much planning involved,” the 400m IM 4th place finisher from Rio says.

“It’s another reason why I swim a lot of races, because it gives me an indication of my physical state.”

Miley’s primary obstacles to her triple Commonwealth crown reside close to home, with English rivals Aimee Willmott, Abbie Wood and Rosie Rudin serving as potential showstoppers in the IM event. Although Australia’s Trials have yet to take place, veteran Blair Evans has been racing the event successfully on the domestic level, as has the ever-improving teenager Kaylee McKeown.

Below are the world’s top 10 performers in the women’s 400m IM event thus far this season.

I am sewing a big banner ‘ Commonwealth Athletes from Wakanda’ to wave about .& look forward to their arrival .

Commonwealth Games. I like them but John Oliver does not.

omg the commonwealth games! How exciting!

Do you really need to ask that? Lol

Almost as exciting as SCY for the rest of the world