Gyurta and Koch Both Post Top Five Times in Bergen 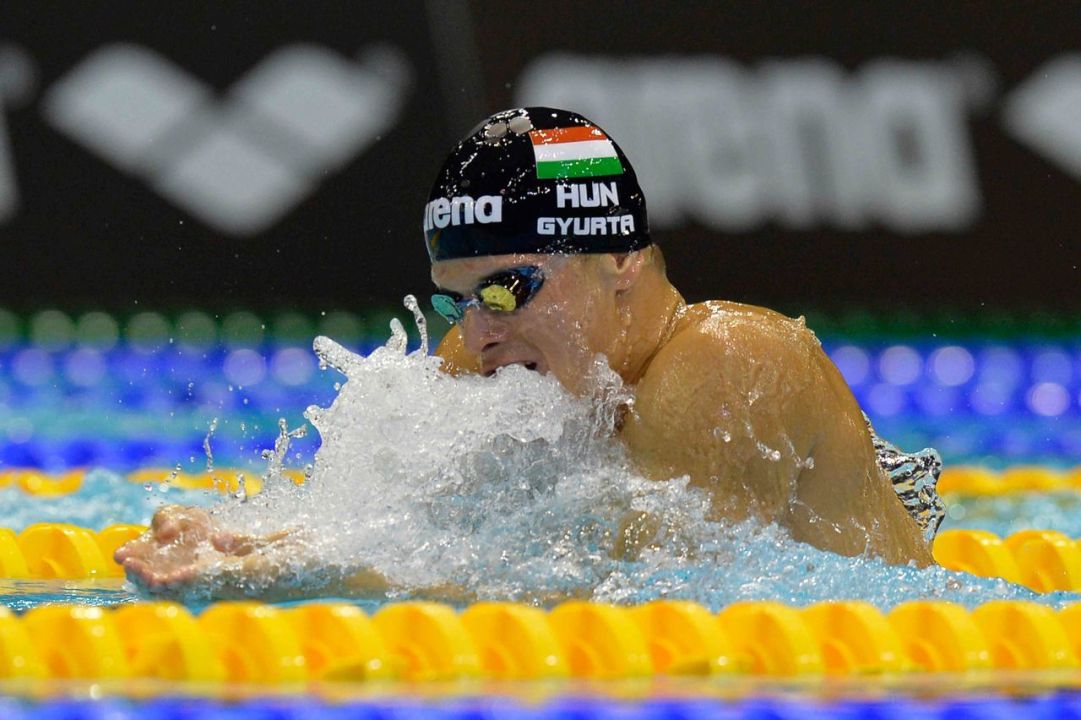 The gold and silver medalists in the 200 breaststroke from the last World Championships head an exciting head to head battle... Current photo via Arena International

The gold and silver medalists in the 200 breaststroke from the last World Championships head an exciting head to head battle on the final night of the Bergen Swim Festival.

Gyurta’s time now sits in the third place position in the world rankings while Koch put up a time which ranks fifth.

Sarah Sjostrom took both the women’s 100 butterfly and freestyle in dominating fashion.

Hosszu’s win in the 50 backstroke did not come so easy. She posted a 28.16 only two one-hundredths of a second ahead of Mie Nielsen who recorded a 28.18. Simona Baumrtova picked up the bronze finishing in a time of 29.09.

In the only two events that were not won by either Sjostrom or Hosszu the gold went to Jennie Johansson.

Silje Mikkel Borg who took the silver in the 200 breaststroke set a new Norwegian Junior National record posting a time of 2:30.44.

Cecilie Johannessen set her third Norwegian national record of the competition posting a 55.48 in the women’s 100 freestyle.

Lavrans Solli completed his sweep of the men’s backstroke events taking the 50 in a time of 26.29 over a second ahead of Marco Loughran who posted a 27.36.