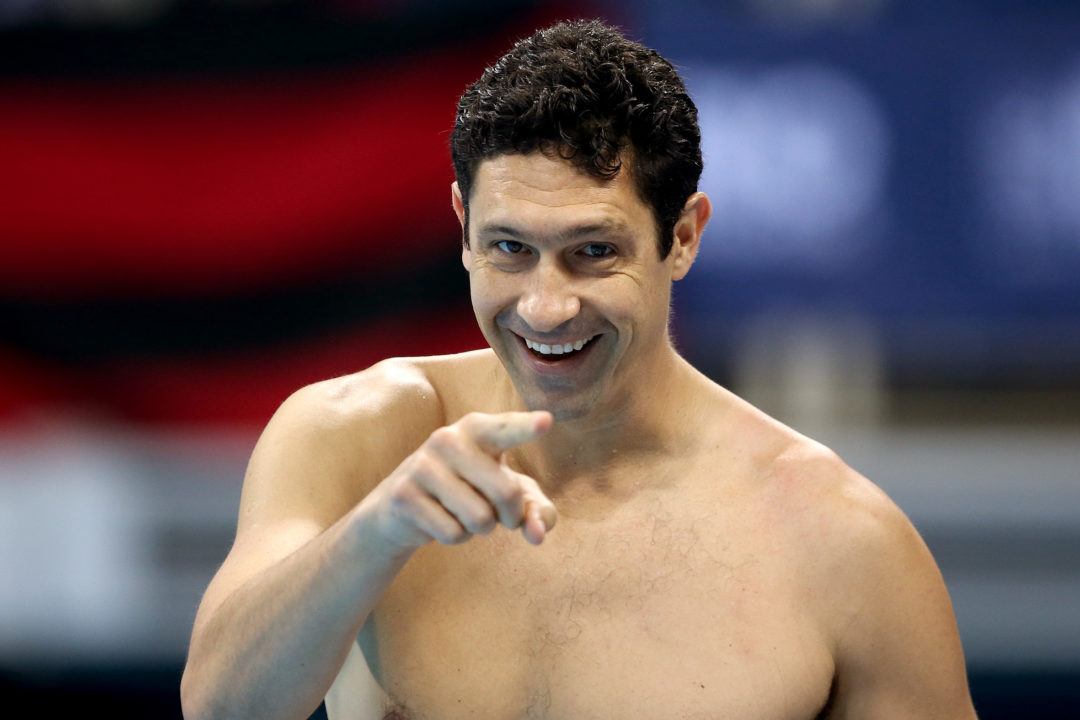 Though all eyes were on the winning Brazilian team of Bruno Fratus, Joao Gomes, Henrique de Souza, and Henrique Rodrigues in... Current photo via Satiro Sodre/SS Press

Though all eyes were on the winning Brazilian team of Bruno Fratus, Joao Gomes, Henrique de Souza, and Henrique Rodrigues in the main competition at the Raia Rápida in Rio’s Olympic Aquatic Center, four-time Olympian Gustavo Borges was the star of the masters competition.

The 24.91 is fast for his age group, but not quite fast enough to crack the all-time world Masters rankings. The top ten 40-44 male masters swimmers in the event are listed below.

It’s also worth noting that just because a swim shows up as the top in the masters rankings doesn’t necessarily mean that it’s the fastest swim in history for that age group. For example, though Dara Torres swam an American record 24.07 in Beijing at the age of 44, the Masters World Record is a 26.44 held by Edith Ottermann of South Africa.

Flashbacks to Summer of 1996 when the preteen nerd me still remembers how he and Scherer grabbed the only swimming medals for S. America.

This is impressive until Anthony Ervin goes 21.8 in 8 years.

Ervin can beat all those records if he wants to ….