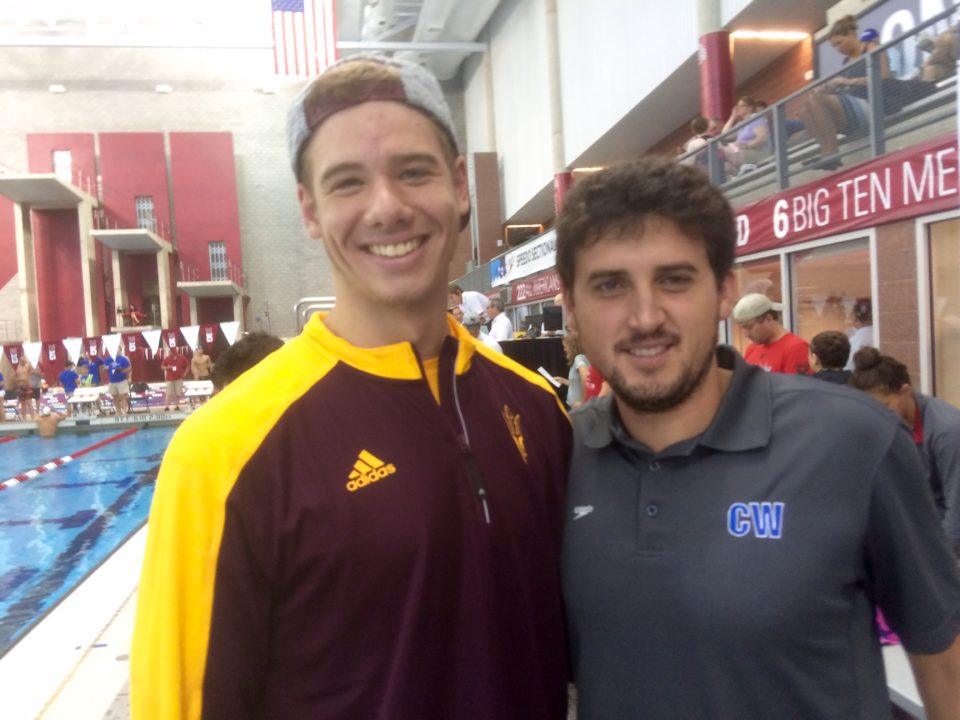 Club Wolverine in Ann Arbor, Michigan has promoted Gunnar Schmidt to head coach, after an approximately 5-month tenure as the team’s... Stock photo via Club Wolverine

Club Wolverine in Ann Arbor, Michigan has promoted Gunnar Schmidt to head coach, after an approximately 5-month tenure as the team’s interim head coach. He took over the program after former coach Kelton Graham was terminated this summer following an arrest at the 2016 U.S. Olympic Trials for soliciting prostitution.

Schmidt’s primary role will be working with the team’s 18 & under swimmers, though the University of Michigan’s post-graduate team also represent Club Wolverine in national competition.

“During Gunnar’s tenure as Interim Head Coach he has exhibited extraordinary leadership, innovation long and short term planning, commitment, innovation and athlete success,” a press release with the announcement said. “He has implemented a state of the art training routine involving technology, dryland and nutrition. He is also a positive liaison between CW and collegiate programs hoping to recruit CW swimmers.”

Schmidt himself is a graduate of the University of Michigan, where he was a 4-year letter winner and qualified for the 2008 and 2012 U.S. Olympic Trials. He’s had prior coaching stops as the head coach of Big Blue Aquatics in Illinois and as a head age group coach and assistant senior coach at the TOPS YMCA.

In 2014, he became an assistant for both Club Wolverine and Club Wolverine Elite – the aforementioned post-graduate group, and he also currently serves as a volunteer assistant with the University of MIchigan’s varsity teams.

This is the 60th anniversary of the founding of Club Wolverine, which has existed since 1956. Among the most recognizable names to have come out of the program’s junior ranks are Allison Schmitt and Kara Lynn Joyce, both future multi-time Olympic medalists, and more recently David Boland, an NCAA All-American senior at Louisville.

Congrats Gunnar, none more deserving. Great career as an athlete which has now become a wonderful beginning for a great coach. Keep it rollin’

Well deserved to have this title. The swimmers really respond to him and his technique training. He’s a great asset to the club.