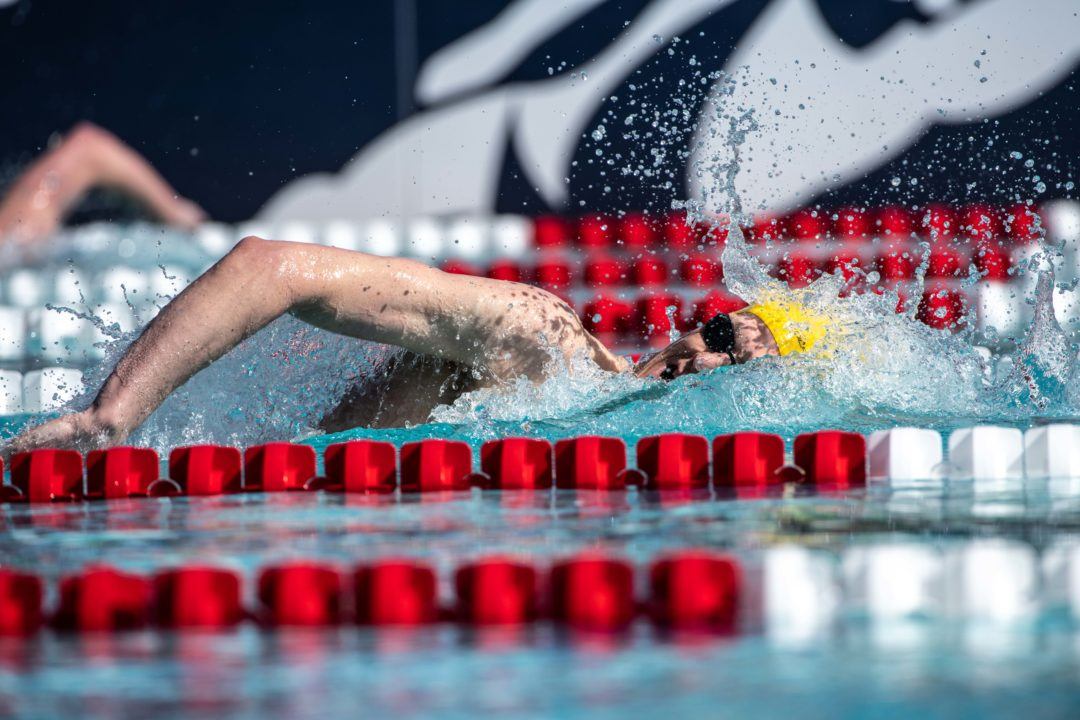 At the halfway point of the 2018 Pro Swim Series, Zane Grothe sits tied with defending champ Chase Kalisz for the men’s point lead, while Taylor Ruck still stands atop the women’s ranks.

Ruck didn’t even swim in Mesa, but she still holds an 11-point lead after a stellar 4-win weekend in Atlanta last month. The closest challenger is Hali Flickinger, who sits at 22 points. Flickinger scored 11 in Mesa, including a win in the 200 fly.

Individual Olympic events will yield prize money for the top 3 finishers. (Olympic events now include the men’s 1500 and women’s 800 freestyles). They will also yield points to count toward the end-of-series high-point winners.

Is Chase Kalisz sponsored?
While unrelated, I’m also curious about the Texas guys from his class (Smith, Conger, Licon)?