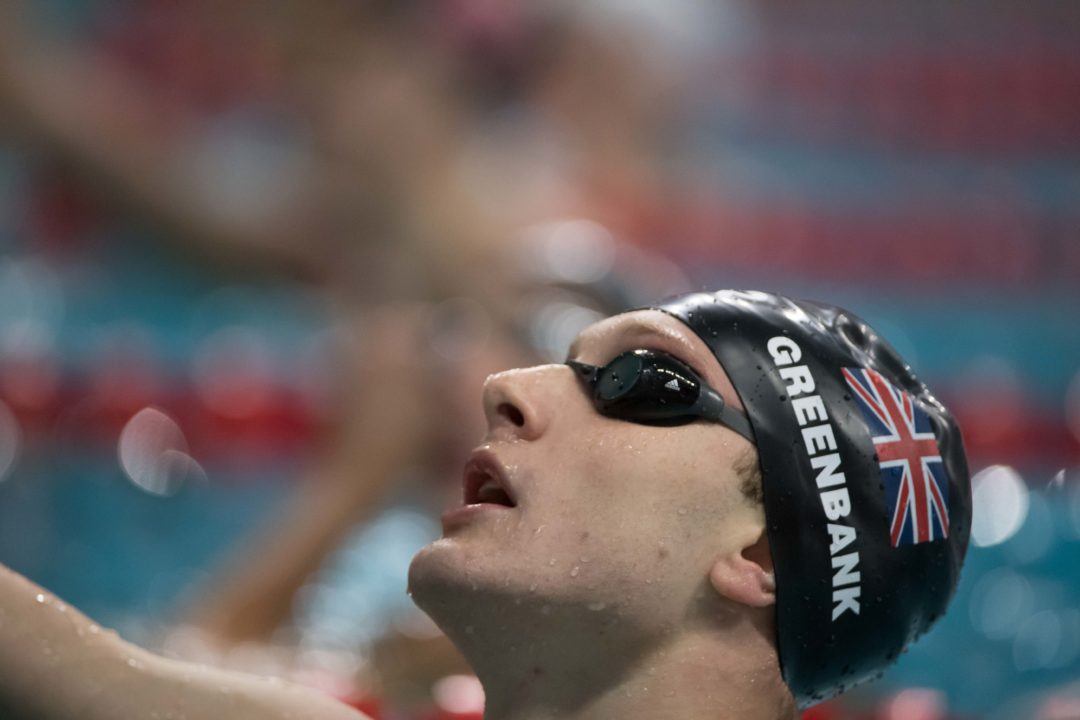 Earlier today Luke Greenbank came within a fingernail of breaking the British national record in the men’s 200m backstroke and tonight he accomplished the feat in Manchester.

Competing on day 1 of the inaugural British Swimming Invitation Meet, 23-year-old Greenbank crushed a huge new lifetime best of 1:55.34. That outing shaved .35 off of his already personal best-establishing time of 1:55.69 he posted this morning to take the top seed.

Entering this competition, Greenbank’s career-quickest was represented by the 1:55.85 he put up en route to claiming the bronze medal in the event at the 2019 FINA World Championships in Gwangju.

With his new 1:55.34 result, Greenbank managed to break the former British standard of 1:55.58 James Goddard put on the books over a decade ago.

En route to becoming the fastest British man ever, Greenbank now ranks as the 2nd fastest performer worldwide this season, sitting only behind Chinese ace Xu Jiayu. Additionally, while this orning’s swim rendered Greenbank just outside the top 25 performers all-time, his 1:55.34 British Recofd now makes him the 16th fastest man in history.

If Luke Greenbank turns into a 52.xx swimmer I will EXPLODE with joy

Scary. Hope the US men’s breaststrokers take note. Both US and UK should be under WR in Tokyo. The way the US could take it is if Murphy leads off around WR split, the breaststroker hits a 58 low, Dressel does Dressel and then Zach Apple anchors in no slower than 46 high (preferably, 46.7 or faster). It will be a dogfight.

Is he swimming the 100 can’t wait to see what he can do there.

how much damage could a 55-high relay split possibly do?

Wow that is a very impressive swim at 1:55. Interestingly, a 1:55 has one bronze at the last two worlds and has come at least 4th in every Olympics ever. It would therefore be completely wrong to suggest Luke is not a viable medal threat in Tokyo as it would directly contradict the meaning of the phrase. This is unarguably true.

Anyone who would suggest anything else is clearly not worth a responce in the comments as they are begging for attention. They should instead  look up results and patterns at championships rather than saying open ended meaningless comments that are impossibly proved due to their subjectiveness.

Im going to assume you didnt read the comments this morning.

sir, this is a Wendy’s