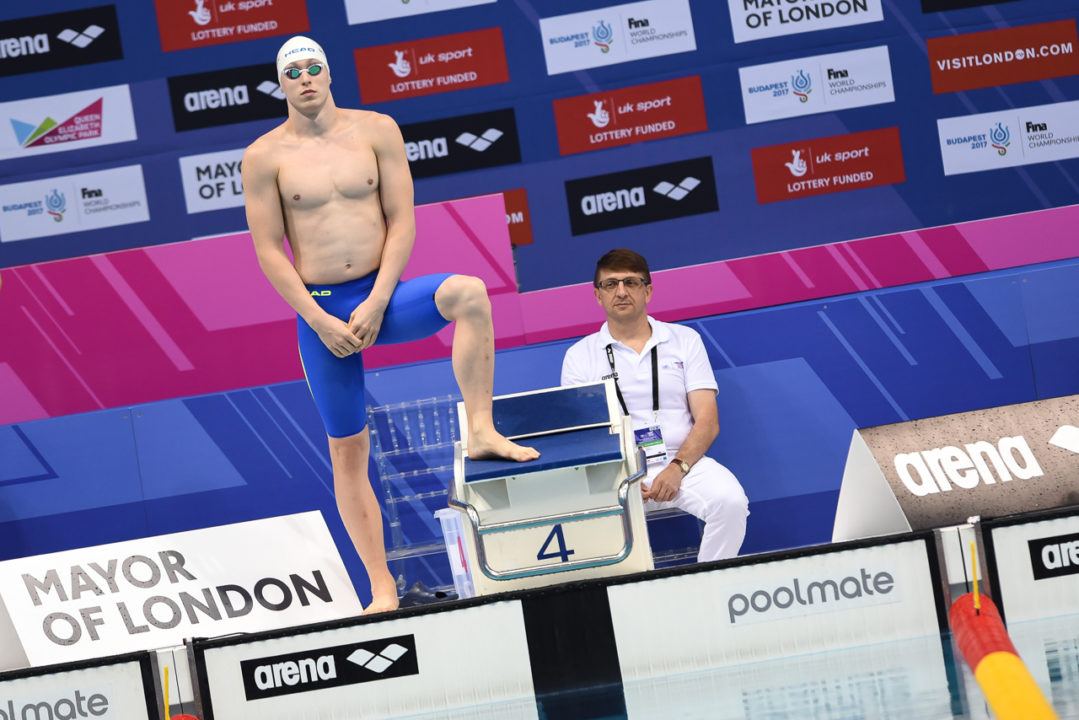 Andriy Govorov put up the top time of the prelims in the men's 50 free, breaking his own Ukrainian record. Archive photo via Peter Sukenik/www.petersukenik.com

Ukraine’s Andriy Govorov continues to have a memorable 2016, breaking his own Ukrainian record in the men’s 50 free prelims to qualify 1st for tonight’s semi-finals.

Govorov touched in a time of 21.49, winning the final heat ahead of pre-race favorite Florent Manaudou, and erasing over a tenth off his own national record of 21.61. Govorov set that national record at the Barcelona stop of the Mare Nostrum Tour in May, as he won all three competitions on the circuit.

Govorov’s excellent 2016 is highlighted by his silver medal in this event at the European Championships in May, just six one-hundredths behind Manaudou for gold.

His swim of 21.49 marks the twelfth time he’s been under 22 in 2016, more than anyone else. Both Manaudou and American Nathan Adrian did it for the eighth time in 2016 this morning, qualifying 4th and 2nd overall respectively.

Govorov’s best event has traditionally been the 50 fly, where he’s won two World Short Course medals along with seven European Championship medals between SC and LC throughout his career. With the 50m stroke events not on the Olympic schedule, this will be his only event in Rio.

Govorov has steadily improved in the 50 free, finishing in a tie for 5th at the World Championships last year and then as previously mentioned has been very consistent this year getting under 22 seconds.

He’s one of only five male Ukrainian swimmers here in Rio, and their only realistic shot at a medal.

Adrian, Manaudou, Ervin… Any of them can win, but thanks Andriy for the national record and great time

Manaudou will eat him in the final. Adrian for second, Ervin third. These are my predictions and my wishes !!
GO FRANCE, GO USA !!

Not sure yet LOL