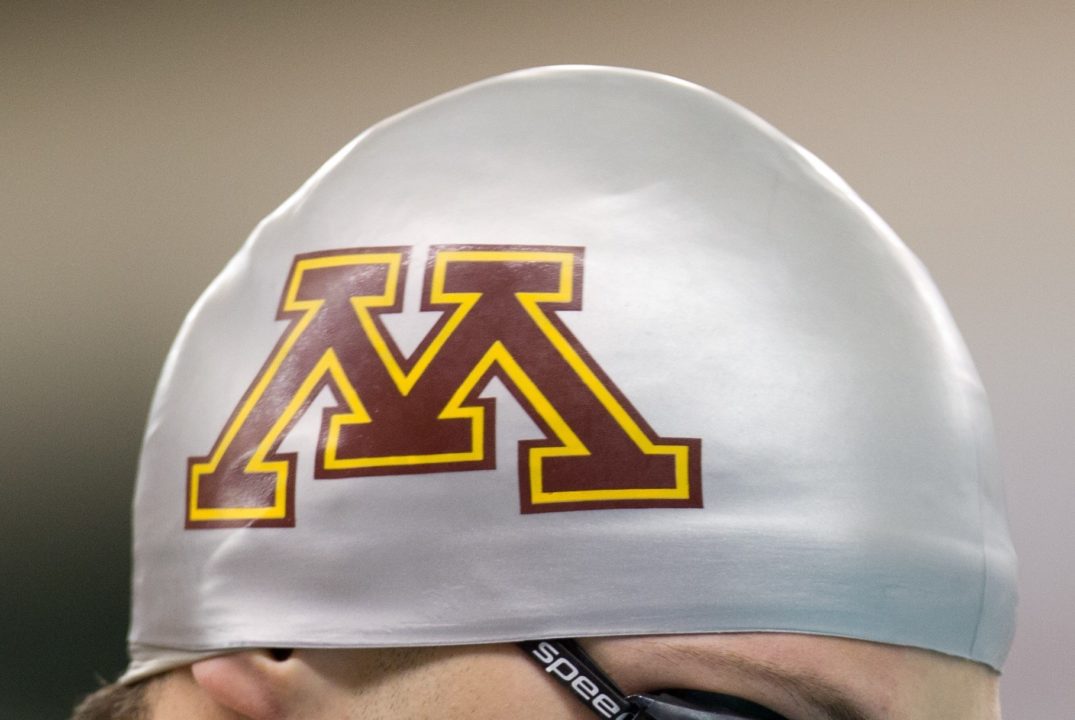 After a big week for the Minnesota women, the Gopher men are now in on recruiting with a verbal from fast-rising California IMer/freestyler Michael Messner. Archive photo via Tim Binning/TheSwimPictures.com

It’s been a huge week for the Minnesota women in recruiting, and now the men’s program has nabbed a big commitment of its own. The Golden Gophers picked up a verbal from Michael Messner yesterday, adding a strong swimmer who will bolster depth in the mid-distance freestyle and IM events, especially when Gopher senior CJ Smith graduates in the spring.

Messner competes for the Santa Clara Swim Club, which produced the great Mark Spitz and hosts the annual Santa Clara Grand Prix. He also competed in both the Phillips 66 Nationals and the summer Junior Nationals last summer.

“I loved the coaching staff and the team dynamic at Minnesota,” Messner told SwimSwam this week. “It felt like a team that I could fit in with and contribute to in the future.”

Messner would have placed 37th in the 500 freestyle at the Big Ten Championships, just behind his future teammate, Jack Tribble, with his best time of 4:27.59. His best 200 yard IM time of 1:48.85 would have been third on the Minnesota men’s team last season. Messner also has a good shot to score in the 400 IM.

And that 200 IM time has really been on the rise lately. Messner has dropped over four seconds in the race since 2012, and he has one more year of high school left to lower the time further before joining the Gophers. Here’s a quick look at his progression in the 200 IM:

Messner will hope to continue that improvement by joining new training partner Jakub Maly, an NCAA B finalist in the 400 IM as a freshman.

Though his top short course times have been in the IMs and 500, Messner has been very good long course in some longer events. He has summer national cuts in the 400 meter free and 200 meter fly, and summer junior national cuts in the 200 meter IM, 800 meter free and 400 meter IM, so he’ll bring plenty of versatility to Minneapolis if he can translate those times to the short course pool.

Congrats to Michael and Minnesota for his verbal commitment. Also interesting to note his splits long course! 8:07.28 at Junior nationals with a 3 second negative split differential, 4:05.06/4:02.22 and 4:24 IM. Great upside and am looking forward to seeing how he progresses scy.