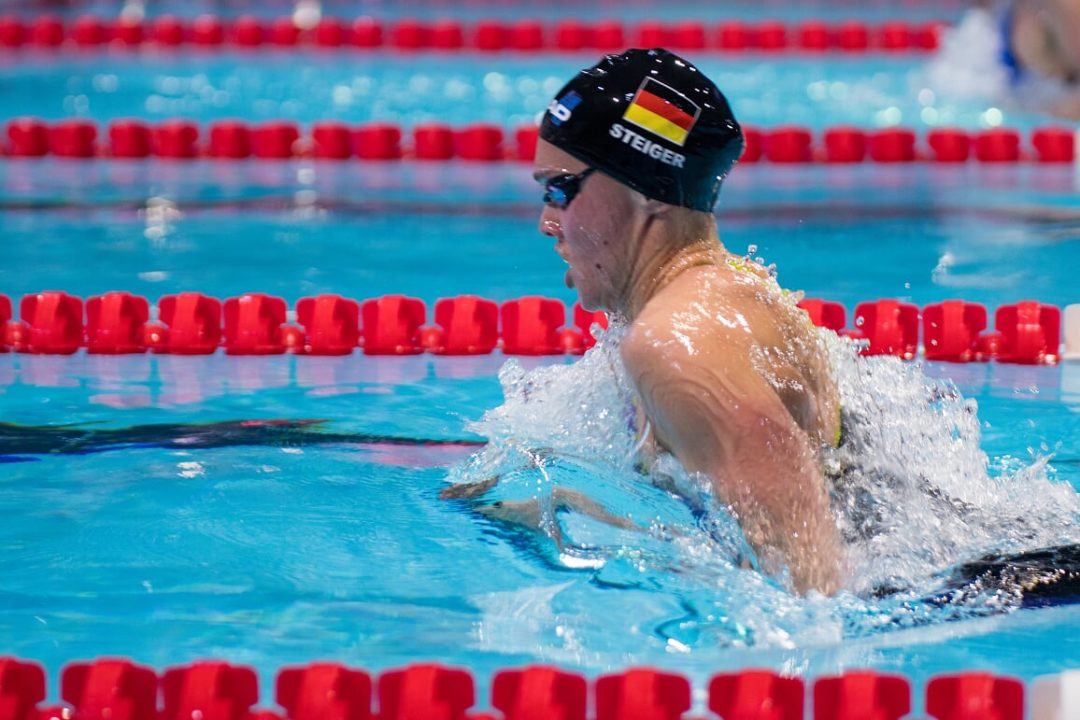 Check out some solid swimming from Germany's Jessica Steiger, the Netherlands' Kira Toussaint and more from the 2020 Antwerp Diamond Race.

The man of the day at the 2020 Antwerp Diamond Race was Dutch swimmer Arno Kamminga, the two-time 2019 European Short Course Champion who fired off a new national record in the men’s 100m breaststroke.

After producing a morning swim of 58.52 to become the world’s 5th fastest performer all-time, the 24-year-old dropped another .09 to post a super quick 58.43. That further separates him from the rest of the world in this season’s rankings, but also bumps him up to become the 3rd fastest performer of all-time, worldwide. You can read more about Kamminga’s big day here.

On the women’s side, Germany’s Jessica Steiger took on the 100m and 200m breast events, which were peculiarly both on day 1 here in Belgium.

The 27-year-old established herself as the top-seeded swimmer in the shorter event, hitting a time of 1:07.33 for a new personal best in this morning’s heats. She was just off the mark with another sub-1:08 mark of 1:07.63 to ultimately top the podium tonight but still is fighting for the 1:07.07 Olympic-qualifying threshold needed for Tokyo.

In the 200m breast, Steiger was also close to the Olympic-qualifying goal, touching in a time of 2:25.97 this morning. That checked in as the 4th fastest time of the veteran’s career and sits within striking distance of the 2:25.52 needed for Tokyo.

National record holder of the Netherlands, Kira Toussaint, rocked 2 sub-minute 100m back efforts today, settling on a final mark of 59.82 for gold. She’s already been as fast as 59.14 this season, her lifetime best and Dutch standard.

No man got under the 22-second threshold in the 50m free, although Dutch swimmer Thom de Boer came close with a time of 22.07. That was only .03 outside of his lifetime best from nearly 3 years ago and was enough to keep 19-year-old Kenzo Simons at bay.

Simons clocked 22.13, while reigning national record holder in this LCM event for the Netherlands Jesse Puts, posted 22.32 for bronze.

Also in the race was the men’s 100m free Olympic silver medalist from Rio, Pieter Timmers of Belgium, but he registered 22.46 to finish off the podium. Earlier this morning, Timmers put up a time of 1:59.96 (not a typo) to finish 32nd in the 200m free. He is slated to swim just this day 1 of the Antwerp Diamond Race.